ALBUQUERQUE, N.M. – An Albuquerque police officer just happened to be in the right place at the right time this weekend, taking down a suspected shoplifter in the act.

The officer was meeting with managers and loss prevention employees at the Target on Lomas about how to address an increase in shoplifting at the store. That’s when the chief says one of the store’s loss prevention employees alerted the officer about a shoplifting suspect – who was about to run out an emergency exit with merchandise. The police officer was able to stop and arrest Brian Singer.

According to the criminal complaint, Singer made it to the store’s parking lot with a shopping cart containing $600 dollars of stolen items.

Singer had a warrant for failing to comply with pretrial supervision on drug charges – and has a lengthy criminal history of shoplifting dating back to 2009.

Officer N. Steward attended a community activity at Target, 11120 Lomas Bl NE. Target had been reporting an increase in shoplifting, Steward was meeting with managers and loss prevention on ways that APD could work together with the community to reduce these costly crimes. 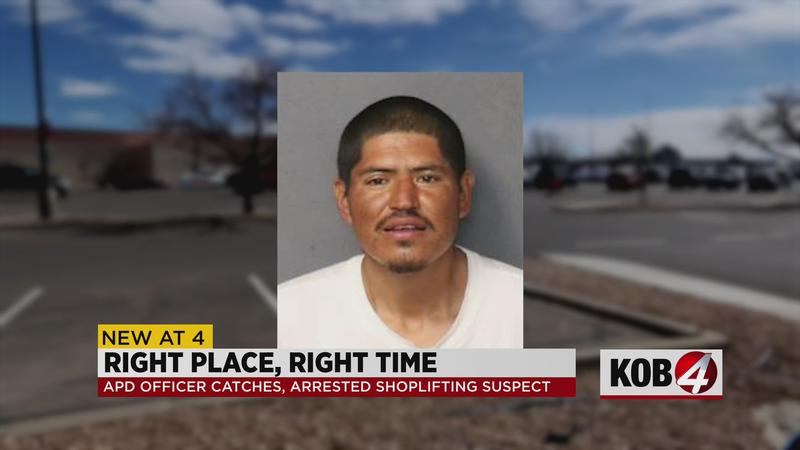