ALBUQUERQUE, N.M. — Albuquerque police are chasing down yet another suspect released on GPS monitoring. This time, Nathanael Neal was placed in a home arrest program with one of those monitors.

But not even a month in, officials were notified he removed the ankle device.

According to court documents, Neal had violated conditions of release – in a 2019 stolen vehicle case – multiple times before being placed on a home arrest program, the Community Custody Program (CCP).

He was placed on the program on Aug. 10, and by Aug. 27, officials were notified that he removed the monitor.

Officials with the District Attorney’s office said once he’s picked up again they will "move to detain and not have CCP as an option." A spokesperson said Neal now has a new felony case of escaping the CCP and embezzling the GPS monitor. After the warrant is served, that case will move forward and have a preliminary hearing likely within 10 days.

The latest warrant for his arrest was signed Monday. 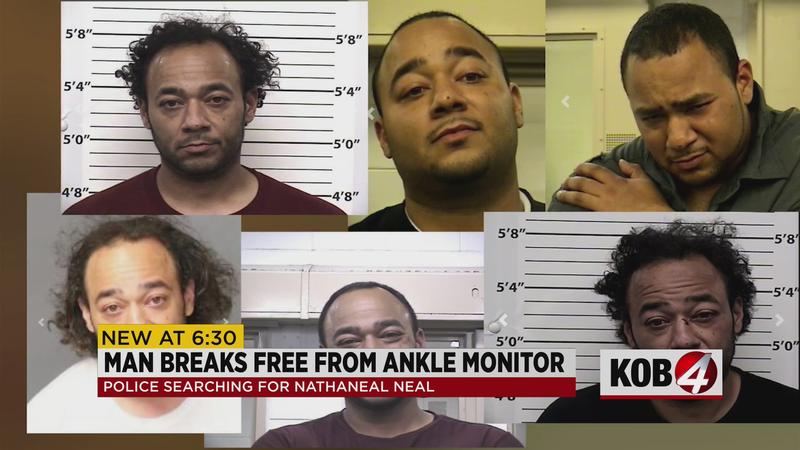 “This is another example of an offender committing property crimes while in possession of firearms. It’s even more concerning that Mr. Neal cut off his ankle monitor and he is on the run. We need to hold offenders who use guns accountable before they shoot or kill someone while committing a crime.”

Mayor Keller and Chief Medina support the recommendations included in the Metro Crime Initiative that would: