ALBUQUERQUE, N.M.- The Albuquerque Police Department is asking city leaders for a 5% increase in its budget.

The spending plan was talked about during a city council subcommittee meeting on Thursday.

According to APD, they have about 1,000 officers but plan on adding 140 more in the coming year.

“Along with the proposed increase for the Albuquerque Community Safety department, Mayor Keller is making unprecedented investments in public safety,” Sanchez added. 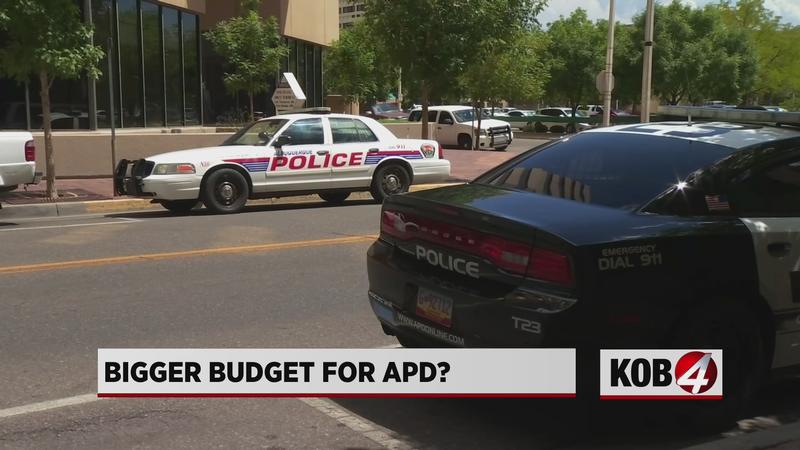 Officials hope the increase in officers helps cut down on violence in the city.

As KOB previously reported, there have been 40 homicides so far this year in Albuquerque.

“I think that’s a big highlight to help us put boots on the ground and address violent crime,” said Gilbert Gallegos, a spokesperson with APD.

According to Gallegos, the budget also includes more money to help with recruiting.

APD is also looking to add an ambassador program to the department.

According to Gallegos, current officers would receive stipends for extra work as liaisons.

Those officers would work with specific groups or industries like the Asian community or hotel industry.

“It’s basically built off of the protests and marches last year where a lot of the community expressed their distrust of the police department and policing in general around the country,” said Gallegos.

“As a result of that, Chief Medina has been building relationships with some members of the Black community and that really helped to push this idea forward.”

The budget will be discussed at least three more times by committee members before it gets adopted by city council in May.