According to a witness, a man was seen walking in the middle of San Mateo.

"A guy walking in the middle lane and I see two officers walking behind him," said an anonymous witness.

"The male turned around and charged officers," Chief Medina said. 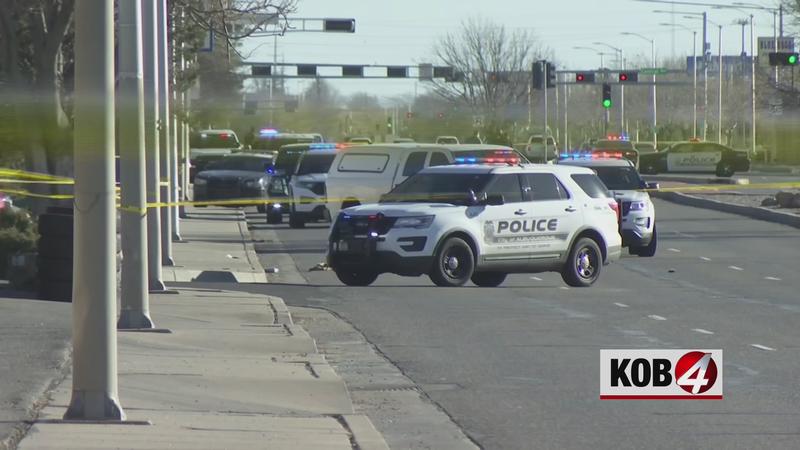 Video footage taken by the witness shows the man throwing an object toward officers. APD subsequently fired their weapons at the man.

"Suddenly the other cop that didn’t tase the guy just pulled out his gun and started shooting. Four shots," the witness said.

The suspect was transported to the hospital where he was pronounced deceased.

According to APD, one officer suffered a "superficial laceration" and was treated at the scene. Officers also said they found a knife in the nearby area.

Two APD officers were put on standard leave as a result of the incident.