There will now be a focused effort on Montgomery.

This year, Albuquerque has investigated four homicides and two shootings with injuries along Montgomery.

"There is no easy fix. There’s no one-stop solution that is going to change everything that’s happening," Albuquerque Mayor Tim Keller said. "But we are going to keep pushing, and we’re going to keep grinding towards what we believe will actually reduce crime.

The community will be a major emphasis during the 60-day operation. 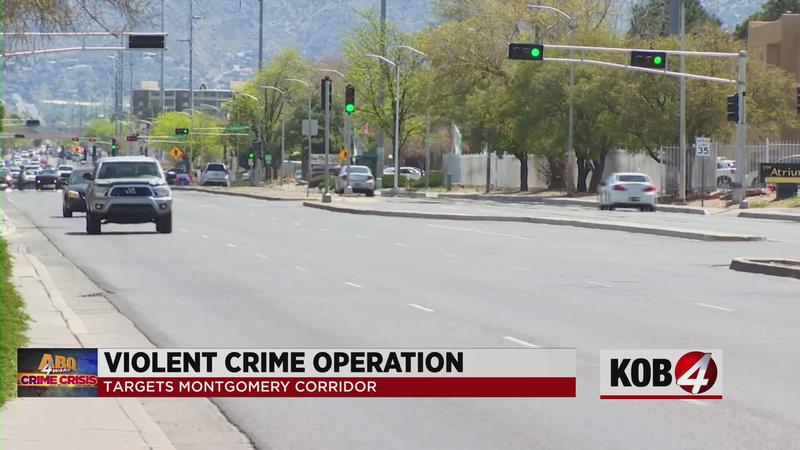 APD will be educating residents and businesses on how they can help reduce crime. The department will also be making sure officers are ready to help.

"We have to have that balancing act with one hand, enforcing the laws, making the community safe," said APD Chief Harold Medina. "But on the other hand, building trust with partnerships and helping the community learn how they can help themselves uh to making sure that they don’t become victims."

In two weeks, APD said they’ve completed 200 patrols of apartments and businesses. Mobile substations will also be in the area on Thursdays and Sundays.

"We’re looking to getting an additional mobile command post," Medina said. "So we will be able to conduct these operations in more areas of the cities."

If the operation is successful, it could be moved to another area of the city.

"Eubank and Lomas is probably an area we’re looking at to move to next," Medina said.