ALBUQUERQUE, N.M. – A brand-new singing competition starts Monday night and it’s called the "American Song Contest." Musical acts from all 50 states and U.S. territories will go head-to-head, competing with their own original songs.

The show is based on the long-running Eurovision Song Contest, which has different European countries competing for the top prize.

Albuquerque rapper and DJ Khalisol is representing New Mexico in the contest and he’s counting on you to help him win.

“I’m coming from an underdog state. So I need my state to represent man if you’d like the song really love vote for it," said Khalisol.

Khalisol is going up against 55 other musical acts from every U.S. state and territory, battling to see who has the best original song.

"That’s the cool part about it is seeing what every state has to offer and what they got to bring, and then seeing how someone from New Mexico to stand up against that," said Khalisol.

A big part of the European version is national pride. Musical acts will often incorporate elements that show off their culture, and while New Mexico does have its own, unique culture, Khalisol says there’s something else he wants to show off.

"I tell everybody in the world that I’ve been to when I was living in New York and California, like hip hop in certain eras, lived in certain different places, and I genuinely believe New Mexico has the hip hop bug, so I want to go out and show the world what New Mexico hip hop is about," he said.

He’s not allowed to release the title of his song or show off any parts of it before his performance, but says his New Mexico roots play a big role in his songwriting process.

“Everything here is not so sweet and pretty, so I feel like what shaped me through the grittiness and the rawness and really I like to call it that grit, that grit is, like, you know, it’s shaped in all of us,” said Kahlisol. “I know that I come from underdog state so when you underdog you got to come with that bite."

Khalisol says win or lose he’s excited for his family – and two twin boys – to watch him perform on his biggest stage yet.

"I’m really, really am happy that I get to like do something in front of them. And as they get older, hopefully, they can realize what I’ve done and see that you know, they could do it or they want to do it.”

The American Song Contest premieres live Monday at 7 p.m. on KOB 4. They will have 11 acts performing – but you’ll have wait a little longer for New Mexico’s moment on stage. 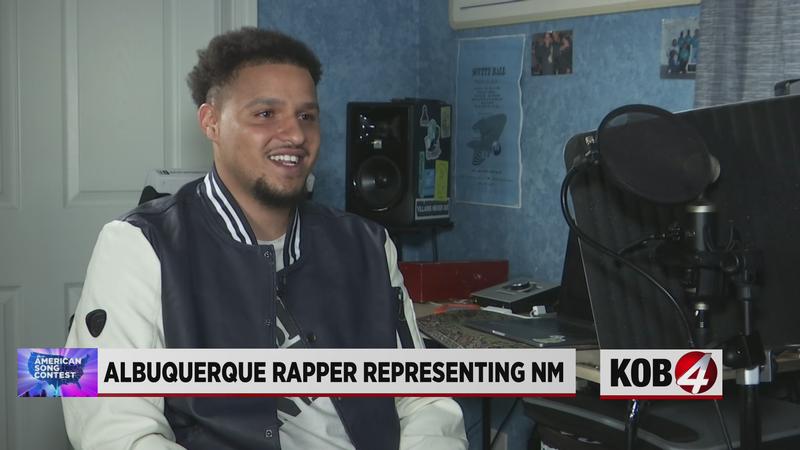