ALBUQUERQUE, N.M. – An Albuquerque restaurant owner is fed up. He says his business has been broken into several times in the past few months.

"This is the fifth break-in in a year and a half, and I’m on thin ice with the business," Jamie Young said.

Young moved into his current location, near Carlisle and Indian School, at the start of the pandemic. At the new location, he combined his two restaurants to cut costs.

Now, Young has found that criminal activity is breaking his wallet. He says it’s thousands of dollars out of his pocket in repairs and lost business each time something happens. 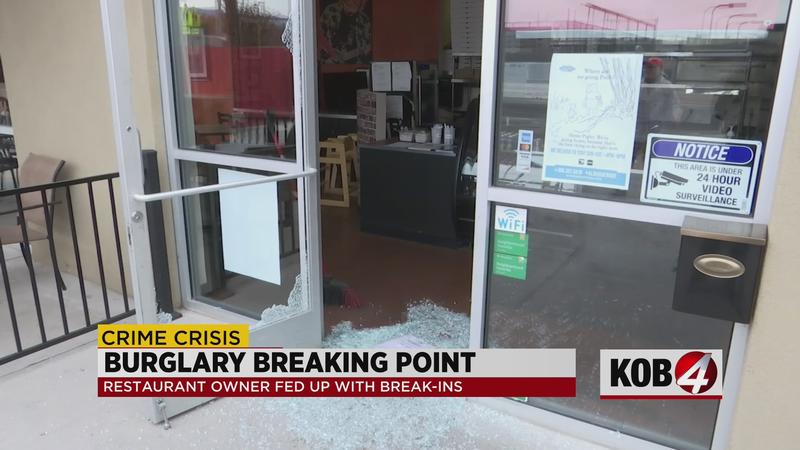 "They don’t care," Young sharply said. "They don’t understand what this does to me as a small business owner."

According to the latest data from Albuquerque Police Department’s mid-year crime statistics, from January to June, there were 22,065 reported property crimes and 2,124 breaking-and-entering reports.

"This is just out of control," Young said.

Young states he doesn’t even file a claim because he is afraid his insurance rate will increase.

"So the challenge is to keep the open sign on now and just keep moving forward," Young said.

Young says the only thing he can do is pick up the pieces and move forward. He encourages the community can help by coming out and supporting local businesses like his.