ALBUQUERQUE, N.M. — As the city of Albuquerque is now paced to shatter its previous homicide record, people are starting to take notice of more homicides occurring at a certain type of business: hotels.

"Last night there was a big ‘ol incident. Some guy left his gun in the motel and they were fighting over the gun. He was kicking down doors—it was crazy,” said Marshal Johnson.

Johnson said he was laid off from his fast food job, and has been living out of motels. He also said he’s not alone.

"Yeah, a lot more. It’s getting, like, packed with people,” he said. 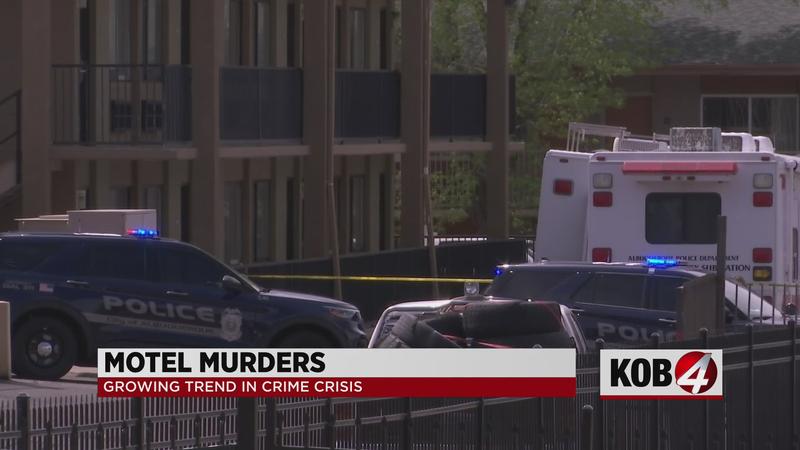 KOB 4 reached out to the Albuquerque Police Department to see what they think is driving this new trend.

"That COVID has had an effect on our crime numbers, especially our violent crime numbers, and I think there’s a variety of reasons for tha,” said APD Chief Harold Medina.

Chief Medina said the pandemic-induced economic stress, loss of employment, and increased drug use has driven violent crime into the area.

"In the past couple weeks, I’ve met with several motel, hotel owners, managers. We’re working to organize a meeting in the next week or so with a larger group,” he said.

Chief Medina said they identified this trend earlier in the year, and are working to empower hotel owners. However, Medina said APD’s resources are limited.

"Right now we do have operations to field services where they’re paying particular attention to these hotels, where they are trying to keep a presence as much as possible,” he said.

As for people like Marshal Johnson, he said the uptick has him worried about his safety.

“I do. I do actually, know what I mean? But, I just stay in the house, stay indoors as much as I can,” he said.