Albuquerque teacher photographed inside classroom without a mask

ALBUQUERQUE, N.M.- KOB 4 received a picture of what appears to be a teacher at Chaparral Elementary School without a mask.

The teacher can be seen inside the classroom with a maskless student.

"From what I’ve also seen, I’ve seen people not maintaining their mask wearing," said the person who provided KOB 4 with the picture.

COVID-19 is a concern for many at Chaparral Elementary. The principal sent out a letter Wednesday that stated two individuals at the school tested positive for the virus.

Three classrooms are being closed, along with the library. Cleaning and contract tracing is being conducted. 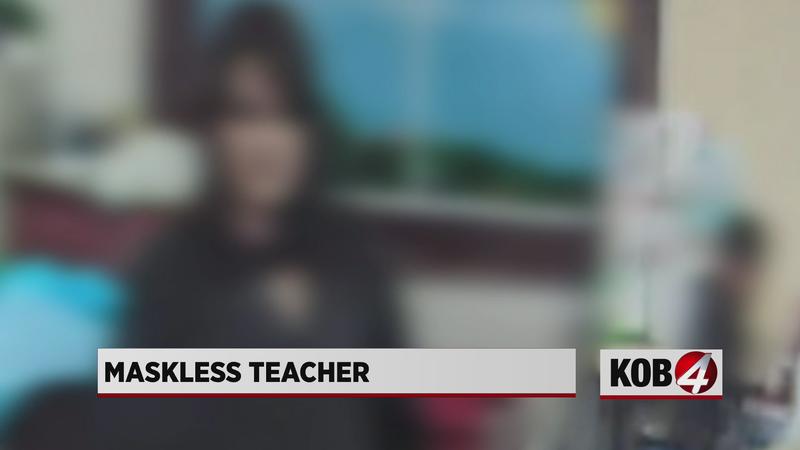 APS would not comment on the teacher’s actions, saying it is a personnel matter. However, the district said if anyone has concerns about staff not following public health order guidance to address it with the principal or site manager.

"They were told about it, but then nothing that I’ve seen has remedied the situation," said the KOB 4 tipster.

A spokesperson for APS said the district has approximately 7,000 teachers, and they’ve only encounter a few instances of people not wearing masks .

APS reports that 16 of its schools have reported at least one case of COVID-19.

Officials are encouraging students and staff to stay home if they are sick.