ALBUQUERQUE, N.M. – Adrian Avila, who is accused of killing two people in two separate Albuquerque shootings, is getting out of jail.

Avila has been charged for his role in two homicides:

Avila appeared in court by video Tuesday, as prosecutors tried to make the case he was too dangerous to release from jail.

In the end, Judge Whitaker said prosecutors had credible evidence to charge Avila for the crimes – but they didn’t prove no conditions of release could protect the community. Judge Whitaker granted Avila’s release on strict conditions, including GPS monitoring and curfew.

"I think it’s frankly astonishing that somebody can stand accused of not just one, but two separate murders, pretty violent acts they’re brought before the court and they’re put back out on the streets," said Bernalillo County District Attorney Raúl Torrez.

"All I can say is if we’re not successful at detaining people that are accused of two separate homicides, who are we going to be able to detain under this framework," he said.

Defense Attorney Ahmad Assed sees it differently, he says it’s not the law that failed – but the state. Assed says prosecutors simply did not have the evidence that needed to hold his client.

"No criminal history, no history of failure to appears, he’s got a family that he’s associated with that are law-abiding citizens, hard-working folks, he reached out to law enforcement and sought out the turn-in on his own, and quite frankly conditions have never been in place where we can say he’s ever violated conditions of the court," said Assed.

He says he understands if the public is upset – but his client is presumed innocent, and the law and his client’s rights were upheld.

“We don’t decide cases based on innuendo and DA’s closing arguments geared toward the eye of the media. That was the whole deal today, was just those notion of a closing argument or opening statement for the media’s purposes. It’s not for the court or the judge to discuss the details of the case. The judge must follow the law, and the law clearly requires the state to act. If the state does not act, and in this case, the state did not act, the court must follow the law," Assed said.

DA Torrez said his office plans to file an appeal. They believe Whitaker didn’t make the right call, and they hope to convince the New Mexico Supreme Court they have the evidence required.

Albuquerque police are also reacting to the release of Avila. On Twitter, the department tweeted that, "This is beyond upsetting. This jeopardizes the safety of our community, including our officers."

A judge released a murder suspect from jail today on an ankle monitor. Adrian Avila is charged for 2 separate murders. Think about that. Two murders. This suspect is at the root of the gun violence we’re seeing in Albuquerque and the record number of homicides. pic.twitter.com/YT0wtLQXVr 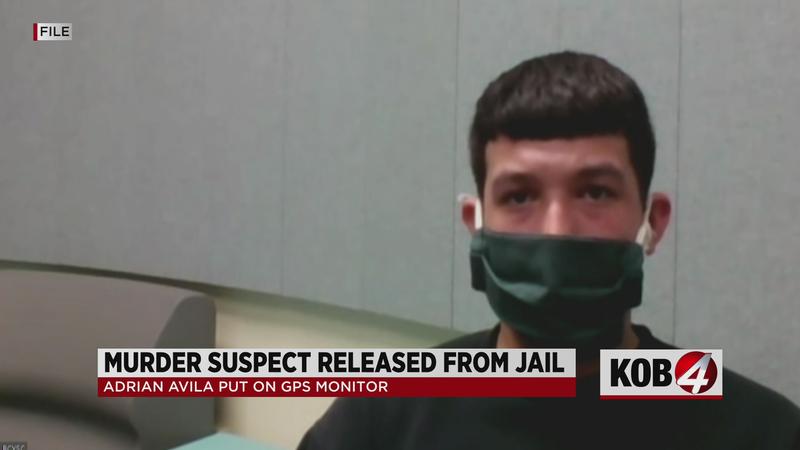