ALBUQUERQUE, N.M. — An Albuquerque mother is one step closer to seeing justice for her son. The second of three suspects connected to the death of Elias Otero turned herself in Monday.

18-year-old Anna Bella Dukes has been charged with an open count of murder, kidnapping, two counts of armed robbery, tampering with evidence and conspiracy.

Homicide detectives said that Dukes used social media to lure a man to meet with her in the early morning hours of Feb. 11 so that 17-year-old Adrian Avila and another suspect could rob the man. The suspects dragged the victim from his car and demanded cash, jewelry and a gun from him. They held the man at gunpoint and went to his residence – where they ordered him to call his brother and have him bring the money and a gun outside, or they would shoot and kill him.

When they arrived at the man’s home in southwest Albuquerque, the victim’s brother, later identified as Elias Otero, came outside and threatened to shoot the suspects. Police said, at some point, Avila opened fire, killing Otero in the street.

The teen suspects fled the scene on foot. 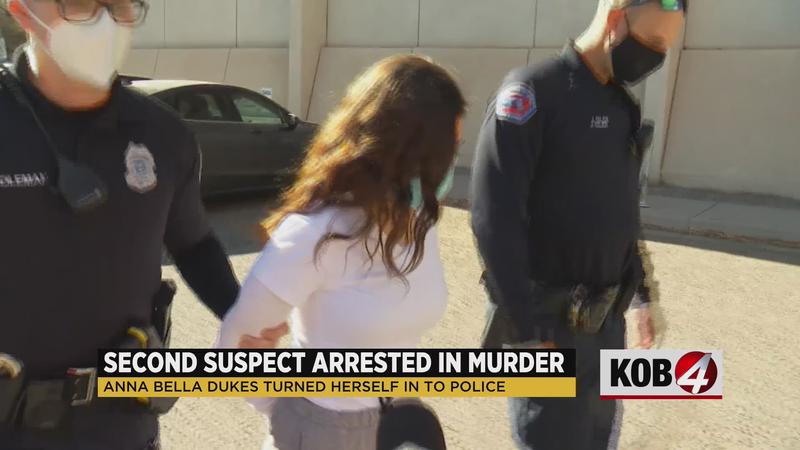 Otero’s mother, Alicia Otero, has been calling for justice since the murder.

"Every day we wish that we get justice and, you know, someone to pay for what they did to him and knowing they finally turned themselves in just – it feels good that it’s not gonna go unsolved," she said.

She said she wants to see every victim’s case move along like her son’s has.

"I’m confident that justice is gonna be served."

Avila had turned himself in to police in late December.