"The last thing I told him was ‘I love you,’" said Stacey Garcia, Xaven’s mother. "Never once did I ever think that would be the last thing I said to my son."

Xaven could not survive the injuries from the house fire. Just days before the fire, he had told his family he wanted to be an organ donor. 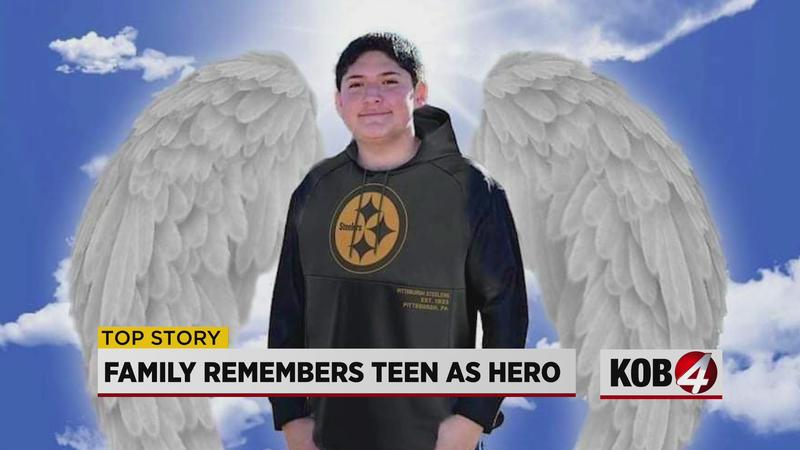 "We were watching something on TV and I was pulling something out of my wallet, and I’ve got nimble fingers, dropped it, and my license popped out," Phillip said. "And he noticed and said, ‘what’s the heart for?’ and I told him it was for, to be an organ donor if something tragic happened. And he just looked at me and goes, ‘I’m gonna get that done.’"

On Thursday, health care workers lined the hallway at UNM Hospital to recognize the young hero before his final wish was honored.

"We’ve never even heard of anything like this, but to see all the doctors, the administration, the nurses, the whole entire wing of the ICU department, it seemed like the whole entire hospital was there," Phillip said. "And to see that many people lined up on both sides, and then when you looked out the windows, the family and friends, and everybody that was out there, the fire department with flags and ladders. It’s an amazing, amazing thing."

Xaven was able to save at least four lives through his donation.

"I believe his heart went to Colorado, his liver went to another 17-year-old boy in New York state," Phillip said.

The Garcia’s said Xaven’s gift allows him to live on.

"Only three in a thousand people die in a way that donation is possible," Espinoza said. "So it’s very few people who are actually able to be donors."

To register to be an organ donor, click here.