ALBUQUERQUE, N.M.- The City of Albuquerque has been working to improve crosswalk safety at 49 elementary and middle schools.

The process began after 12-year-old Eliza Almuina was hit and killed outside of Cleveland Middle School in 2018.

The incident forced the city and APS to take a closer look at how safe students are as they travel to and from school.

"After the tragedy after Cleveland, at Cleveland Middle School, my administration got together and said we have got to look at this all over the city because we were concerned about it," said Albuquerque Mayor Tim Keller. "The city had not done a comprehensive look with APS in many years." 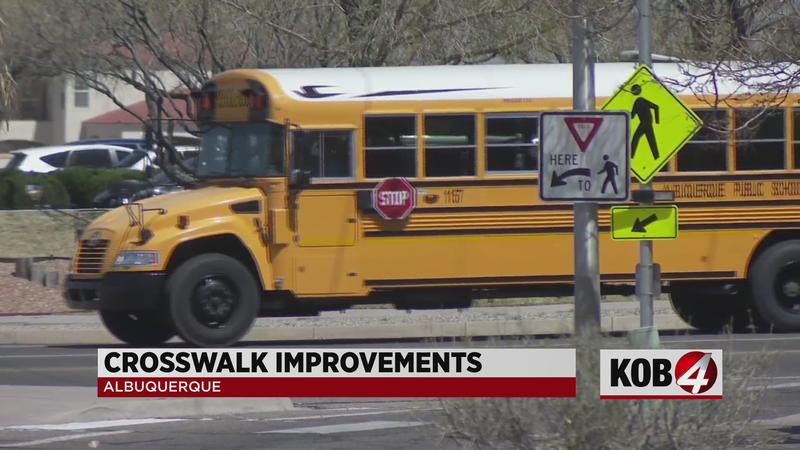 "There’s a range of improvements based on the challenges. Sometimes it’s just repainting a crosswalk, in other situations it’s putting up these particular lights," Keller said.

The projects cost more than $500,000, which came from the city council.

In addition to the safety improvements, APD is working to make sure drivers are operating their vehicles safely.

"The motor officers are out currently in different school zones throughout the city, and they are issuing citations," said APD Sgt. Ryan Stone.