Albuquerque will eliminate bus fares for riders in 2022

ALBUQUERQUE, N.M. — City officials say Albuquerque will become one of the largest cities in the nation to pilot a zero fare program.

“For three years, we have been committed to expanding access and affordability in public transit and have worked with our partners towards a zero fare program,” said Mayor Tim Keller. “With the Council’s support, we are now able to move forward with the zero fare pilot program at ABQ RIDE for 12 months. My administration looks forward to learning from this important pilot and will continue to finalize the implementation plan with support from community members, bus drivers, and public safety departments.”

The council had previously deferred the vote several times. The program will take effect on Jan. 1, 2022.

One local organization, Together 4 Brothers, says they’ve waited four years for this to become reality. Their organization advocates for young men of color in the metro. 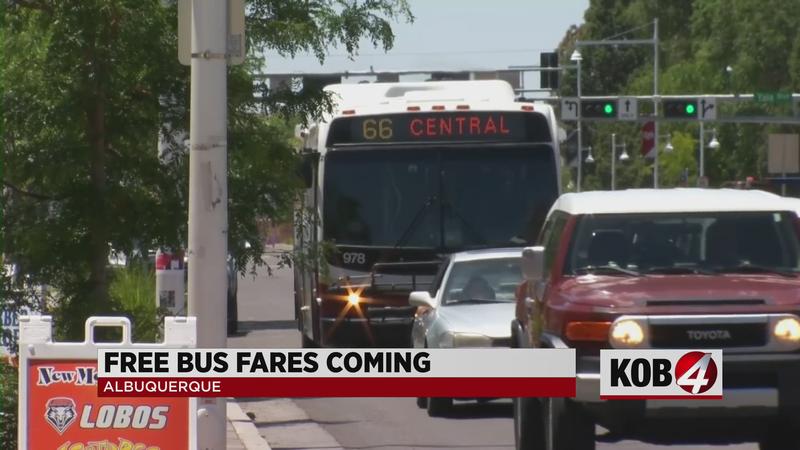 Baruch Compost is the program coordinator for the organization. He said coming from a low-income household, growing up without a car and also struggling to afford the bus made it difficult to go to school and even get a job.

"One of the questions that is often asked in interviews is, ‘do you have reliable transportation?’" Compost said. "Paying for the bus might not seem like much for some folks, but it really does add up."

"They recognize that zero fares would go a long way to impact air pollution and climate justice here in the City of Albuquerque," Ramirez said. "If we can get more people out of their cars and into buses, we know that’s gonna have another positive impact on our city."

Ramirez said even if you don’t ride the bus, you probably know or even rely on someone who does.

The federally-funded pilot program will last for one year, but city councilors said they plan to keep it going as long as it works and riders support it.