ALBUQUERQUE, N.M. – A convicted felon is accused of going on a shoplifting spree instead of a shopping spree at an Albuquerque mall Friday evening. And police found more than stolen merchandise on the woman.

28-year-old Jaclyn Williams is facing a long list of serious charges – including being a felon in possession of a firearm.

According to a criminal complaint, an armed robbery was reported at Spencer’s inside Cottonwood Mall – which officers later determined was shoplifting. Officers found the suspect, Williams, at the Harbor Freight near the mall, and that’s when police say Williams ran into the Marshall’s next to Harbor Freight. Once inside Marshall’s, police say they finally stopped and arrested Williams by shooting her with a beanbag.

According to court documents, "officers located a handgun the subject was believed to be armed with that she threw away before she fell."

Williams is a convicted felon with a long criminal history dating back nearly a decade. Prosecutors have now filed a motion to keep Williams in jail until trial.

In the motion, prosecutors wrote Williams, "could have harmed Cottonwood Mall personnel, shoppers, or law enforcement," and that, "the gun was stolen also suggests that she is participating in the illegal flow of firearms into the community, which is also dangerous." 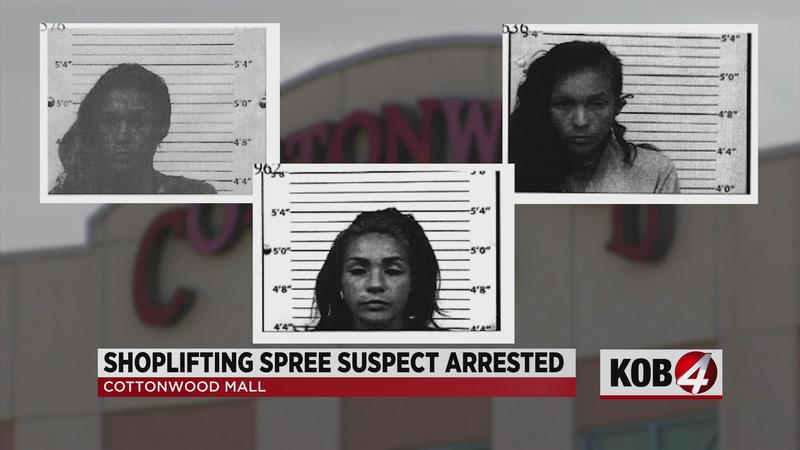