ALBUQUERQUE, N.M. – Imagine needing to call 911 but no one picks up or being put on hold. That’s what people in Albuquerque claim they’ve experienced.

It was Monday morning at the Four Hills Mobile Home Park, when a resident, who asked to remain anonymous, saw the 88-year-old community pool attendant get attacked by six teenagers.

"They just started pushing him, shoving him,” she said. “They tried to climb back over the fence, so he went up to the fence and they grabbed him through the fence and started punching him."

Worried for his life, she called 911 but became livid when no one answered.

"It rang and then it was just dead. So I tried again, same thing,” she said.

She said she called three separate times with no luck.

"It was a horrible feeling not able to get a hold of someone because that is supposed to be your lifeline.”

A manager at the mobile home park said they called the non-emergency line for 30 minutes before someone picked up, and then two hours later police arrived, with the teenagers getting away.

"We’ve had issues with 911 in the city before and it needs to be fixed,” said the witness.

A distressing issue, small shop owner Carol Johnson said she is familiar with.

"To the point where a lot of us don’t call anymore, that’s why we have everything locked up like this."

Her shop, Celeste Gift and Novelties, has been broken into several times before, and she claimed police have never investigated, leading her to take precautions of her own. Even showing KOB 4 a video of a man shoplifting, another crime she said was not looked into.

"This is not a lot of money in here, but this is how I make a living and I would really appreciate a little more response from police,” Johnson said.

KOB 4 reached out to the Albuquerque Police Department for comment regarding people being placed on hold or not able to speak with an operator when they call 911. They said they are looking into it. 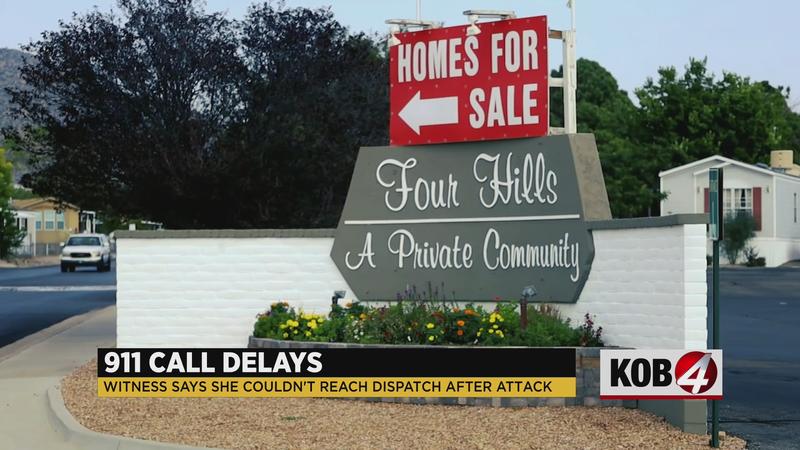