ALBUQUERQUE, N.M. — An Albuquerque woman is upset and shaken after a SWAT team damaged her house to make an arrest. She said she doesn’t think the force they used was necessary, however law enforcement officials say otherwise.

The Bernalillo County Sheriff’s Office received a call Tuesday that a wanted man, Raul Garcia, was at his house in southwest Albuquerque.

According to a criminal complaint, Garcia had six active arrest warrants. His criminal history includes domestic violence and forgery.

BCSO deputies said they gave commands to Garcia over a loudspeaker. A little while later they brought in a SWAT team and used large vehicles, dogs and robots to get Garcia to surrender. Officers were also armed with rifles on rooftops.

Over the course of eight hours, law enforcement officers broke windows, used flash bangs inside the house, and smashed the garage door. Garcia eventually surrendered peacefully. According to police, he was hiding in a crawl space.

"I was in a full-blown panic attack, anxiety attack,” she said.

Andrea said the force was not necessary.

"I understand that they had to arrest him, but there was no need for the excessiveness that they did,” she said. "It’s total overkill especially because I was wanting to give them the keys. I was trying to work with them and they just, they didn’t care."

Andrea said she told police her husband didn’t have a gun.

The incident created thousands of dollars worth of damage, which includes a garage door. Andrea also said she can’t stay in her house due to the lingering effects of tear gas.

"You can’t walk in the house without feeling sick,” she said.

Neighbors across the street, who had their baby inside, said they saw the entire event unfold.

"It was really dramatic, and it was a bit scary,” said Bernadette Torres, a neighbor.

BCSO said they were following protocol.

"We understand that any time the SWAT team shows up at somebody’s house, that’s a pretty jarring experience,” said BCSO Captain Nick Huffmyer.

"I’m less concerned about property damage. Those things do happen. It’s not to say that it’s not unfortunate. It is. But again, how those calls play out and the resolution of those calls is largely in the hand of the person that we’re dealing with,” he added.

Meanwhile, Andrea Garcia is left wondering if she’ll have to pay for the damage. She will have to file a claim to get reimbursed. 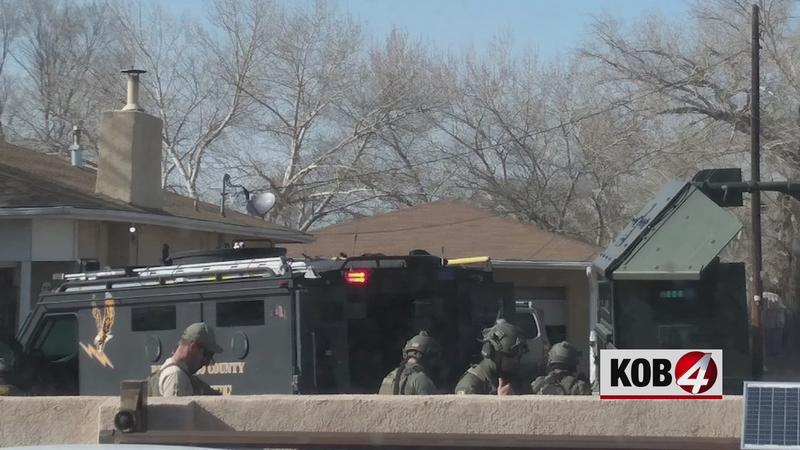