ALBUQUERQUE, N.M.- The City of Albuquerque will consider changes to zoning rules that would restrict where cannabis companies will be allowed to set up shop.

The mayor’s office introduced a proposal. However, it’s getting pushback from the marijuana industry.

This zoning proposal would bar cannabis businesses from operating within 660 feet from main street areas and prohibit sales after 10 p.m.

"The key issues were the zoning requirements, including distances from churches, daycares and the disallowance for cannabis, retail businesses to participate anywhere that has a main street designation," said Ben Lewinger CEO of the Cannabis Chamber of Commerce. "So these are all the, you know, the best parts of the city."

Lewinger met with the mayor’s office Wednesday to voice his concerns. 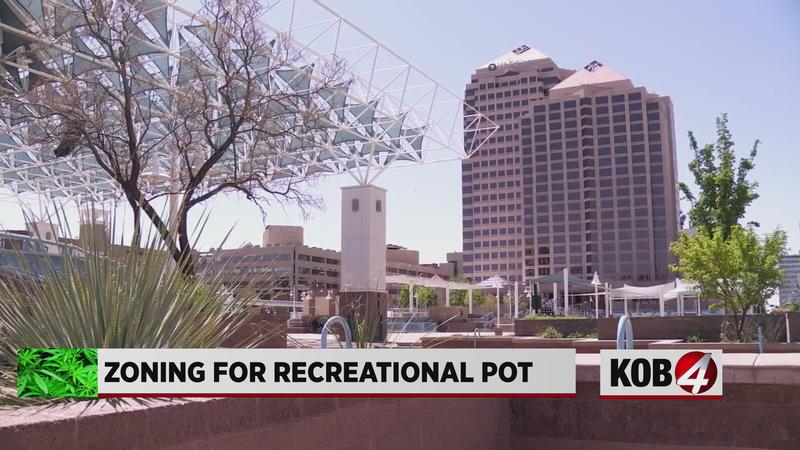 "It’s really important that as we look at zoning, that we don’t move further into stigmatizing cannabis there, there’s an opportunity to move ahead," he said.

"I hope that we would take those up on the 7th and dispose of them one way or the other so that there’s a little more certainty for the industry, and the City of Albuquerque isn’t the reason the State of New Mexico is falling behind in putting these jobs to work," Davis said.

Lewinger is hopeful everything will work out for the better.

"The rest of the state is really looking at Albuquerque," he said. "And I think the opportunity here is for the city to put forth some common sense zoning and other regulations that aren’t looking at what other states have done in the past, but really looking forward into the future."

Statement from the City of Albuquerque:

We started the conversation early so that business owners and property owners can make informed decisions and members of the public are involved and can provide input. We’re still early in the process. The current version is based on best practices from cities around the country, and we believe this is a good starting point to work with council and the public. So far, everyone seems to understand that we want to encourage the new industry and don’t want to recreate the kind of problems we see near, for example, a high density of liquor stores. Let’s learn from other cities, for instance, we view Durango as a better model than Trinidad, Colorado.