Albuquerque’s Violence Intervention Program: ‘We can’t arrest our way out of crime’

ALBUQUERQUE, N.M. — Earlier this week, there were three homicides within a span of 12 hours. The Albuquerque Police Department is now investigating 60 reported homicides so far this year.

Albuquerque’s Violence Intervention Program actually started during the pandemic and hopes to address the crime problem.

One key player is Angel Garcia, a social services coordinator for the program.

"We can’t arrest our way out of crime. If we could, you know, we’d be the safest country in the world," Garcia said. "This is a new way of doing things."

Garcia said the program is actually addressing underlying root causes of why people do what they do. 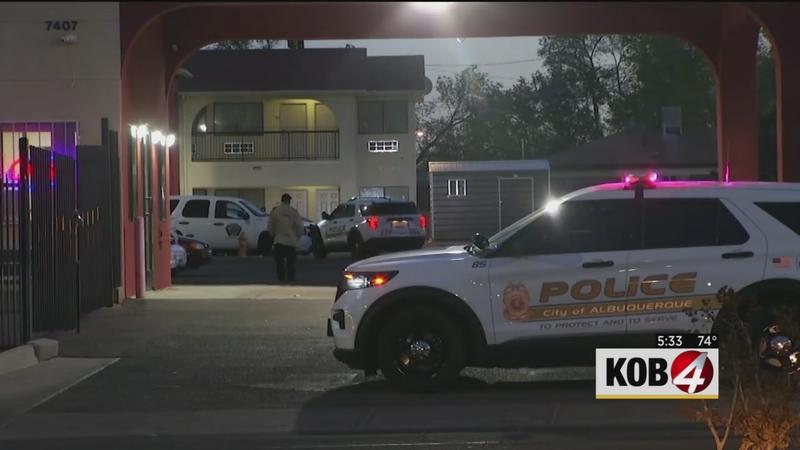 Garcia grew up in Los Angeles and found himself in and out of prison for more than a decade.

"From 18 to 33, during those years, I could remember celebrating maybe about three birthdays on the street," he said.

But the problems started long before his first arrest at age 18. Growing up, Garcia would see his uncles loading up guns and running back home after a shooting.

Garcia said he later realized he needed to change his life.

"The turning point for me was when I saw another inmate go through an episode of mental psychosis, I guess you could call it, because his mother died," Garcia said. "And he was in his fifties and he had a complete meltdown and he broke down."

All Garcia could think about was his own mother, who never gave up on him.

"If I don’t stop, more than likely, I’m gonna get life in prison or I’m gonna get killed," he said. "But regardless, I’m not going to be there for my mother once she gets older, and I won’t be able to do anything for her."

Garcia left Los Angeles and moved to Albuquerque to live with another uncle and start over. The first thing his uncle told him was that he had to enroll in college and get an education.

Garcia began going to CNM and got his associates degree in electrical trades. While giving a presentation at the college, Garcia said Albuquerque Mayor Tim Keller happened to be there and heard his story. Keller offered Garcia an interview for the Violence Intervention Program.

Now he’s a social services coordinator. The program has reached 140 people with only eight re-arrested for non-violent crimes.

"Everybody I talked to, I tell them, look, I completely understand they don’t want services right now," Garcia said. "If you think you don’t need them, just save my number. And whenever you are ready to call me I’ll still be there to help you. And it’s happened like four or five months later down the line, they’ll call me."

Garcia said it’s going to take some time before the city sees the results they’re hoping for.

"It took Oakland two to three years to see fifty percent of their shootings to go down," Garcia said. "New Haven, Connecticut – it took four years to get drastic results. We’ve been operational one year… give us the chance, you know, to water this garden that we’re trying to plant right now."

Garcia is now getting his bachelors degree at the University of New Mexico. His mother has moved to Albuquerque from Los Angeles – he is taking care of her and also working on buying a home.