SANTA FE, N.M. – Alec Baldwin held the gun that fired the shot that killed a woman on the set of the movie "Rust" last October. Now he’s officially saying he holds no responsibility.

In newly-filed court documents, Baldwin makes the argument that he is not the one to blame for the tragic shooting on the "Rust" movie set outside Santa Fe – even though he held the gun that shot and killed cinematographer Halyna Hutchins and wounded director Joel Souza.

"Two things are clear: someone is culpable for chambering the live round that led to this horrific tragedy, and it is someone other than Baldwin," the court filing states.

Baldwin has spoken several times about the fatal shooting, but this is the first time he’s ever denied any responsibility.

Baldwin is now demanding arbitration with film producers to hold him harmless for the fatal shooting, pointing to a clause in his contract that he claims clears him of any responsibility for any losses, liabilities, or claims connected to the "Rust" production.

“Baldwin is an actor,” the filing states. “He didn’t announce that the gun was ‘cold’ when it really contained a live round."

Halyna Hutchins’ husband Matt Hutchins recently told the Today Show’s Hoda Kotb, he is disappointed with how Baldwin has reacted to the shooting.

“We’re pursuing justice every way we can in the sense of going through this process together,” Matt Hutchins said.

Hutchins has since filed a lawsuit identifying Baldwin as a defendant.

In Baldwin’s court filing, KOB 4 also learned he considered finishing "Rust" and sharing some of the profits with the Hutchins family. 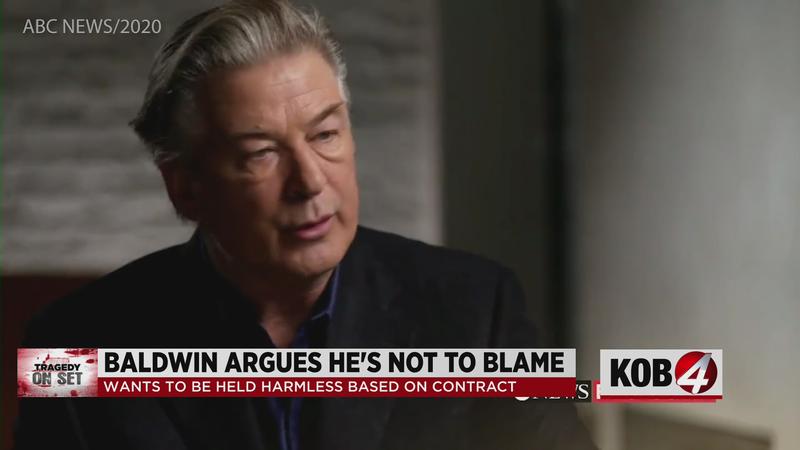