All bets are on a busy horse racing season in Farmington

FARMINGTON, N.M. — The Kentucky Derby is next weekend, but you don’t need to travel far to get in on the action.

It is the 23rd season of racing at the SunRay Park and Casino in Farmington.

There, you will find plenty of sun, wind, and horses. Lonnie Barber, the director of racing at SunRay Park, said this tradition has been going on for as long as he can remember.

“People own horses here, they all like to say, ‘my horse could out run your horse’ and then it comes down to us getting racing,” Barber said.

Although it’s only the second weekend since racing began, Barber said there is no shortage on action. 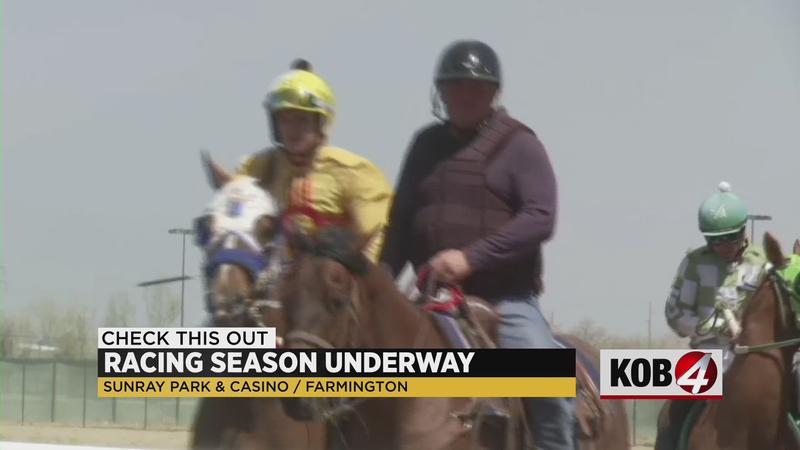 “I’ve seen lots of families and kids enjoy watching the horses, and the grown-ups they go bet," he said.

The windy spring weather is not holding people back from turning out.

"The crowds been great, as you all know, 70 mile an hour winds last week and we had a great crowd, they came out and supported us. Saturday, it was cool, we figured we wouldn’t have many people, and Saturday was a big crowd,” Barber added.

As far as predictions? Barber said he expects this season to be in his favor.

“Well, we just had the one weekend but from all indications we are going to have a great season… our attendance was up, people have really been supporting us," he said.

If you come to SunRay on Derby Day, expect to see everyone wearing their Kentucky best in New Mexico.