ALBUQUERQUE, N.M. – Amazon promised a thousand new jobs — and this week said the positions are now open in Albuquerque.

“Amazon announced these jobs a while back but they have now opened it up for people to apply they want people by the end of September in order to qualify for the sign on bonus,” said Carla Sonntag, president of the New Mexico Business Coalition.

The City of Albuquerque also announced sign-on bonuses earlier this month to try and get more applicants and other businesses in town are having to make some changes.

“We are seeing businesses that are working under partial or limited capacity or limited hours because they cannot get enough employees,” said Sonntag.

“Not any time soon because there are significant competition now for employees and its been very challenging,” said Sonntag.

The UNM Bureau of Business and Economic Research showed just how much employment fell last year, and they are predicting we won’t see similar employment levels until 2026.

Sonntag said she believes it’s the additional federal unemployment benefits that are supposed to run out next week on Sept. 3rd –but she said it could go on longer.

“President Biden has authorized governors to use some federal money they are getting in for other purposes to extend that further, and we have not heard from the governor yet on what position she will take on that or if she will in fact let it expire when it’s supposed to,” said Sonntag.

In the meantime, employers like Amazon are still trying to hire as many people as possible — as soon as possible.

Amazon said candidates can learn more at www.amazon.com/abqjobs or sign up to receive job alerts by texting ABQNOW to 77088. Shift schedules will vary. 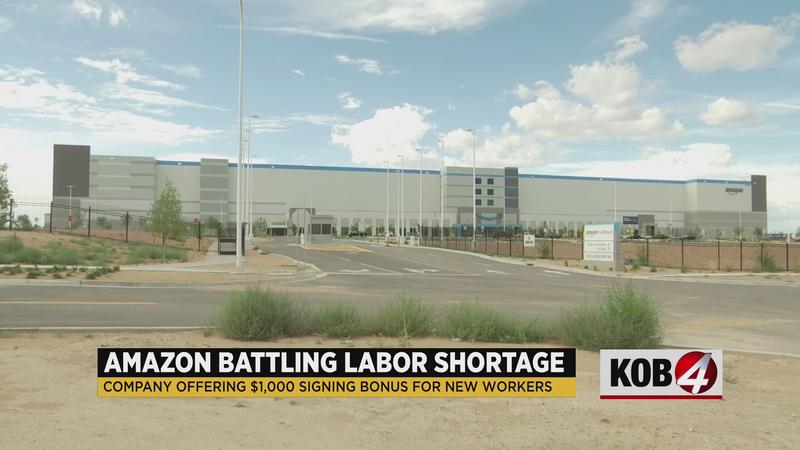