ALBUQUERQUE, N.M. — A 21-year-old man has been charged with multiple counts of murder after opening fire in three Atlanta-area spas Tuesday.

The majority of the victims police identified were of Asian descent, leading many to believe that the attacks were racially motivated. However, the suspect claims otherwise.

Regardless of that determination, the incident is renewing anxiety in Asian communities across the country, including in New Mexico.

Mimy Singvley, owner of Asian Noodle Bar in Downtown Albuquerque, was the target of racist vandalism one year ago.

"I have to be able to tell my kids, explain to them, we’re kind of different versus them thinking they’re equal like everybody else,” she said. 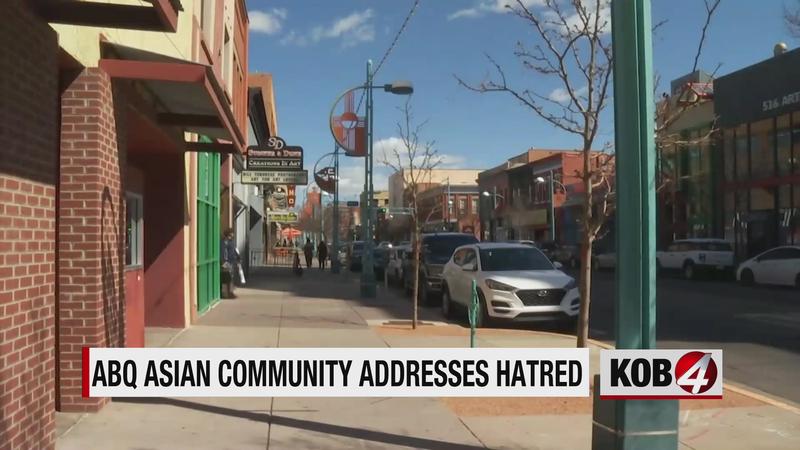 "The Asian community is not monolithic and neither is the experience of this pandemic. But, the feelings are there. The fear, the anxiety is definitely there,” added Melanie Nguyen, with the Albuquerque-based nonprofit Asian Business Collaborative.

"The result, the effect of having so much anti-Asian sentiment and racism happening around. Really, it infiltrates your daily life,” she said.

Dee Wang, who works with Melanie at the collaborative, said she suspects a large amount of racist incidents go unreported.

"I was born and raised in China, so we’ve been educated we shouldn’t be different from other people,” she said.

Wang said the racist sentiments that emerged early on in the pandemic caused a lot of anxiety.

"I have heard lots of my friends are suffering from—they’re waiting in line and people just pass by and give them a really bad comment just because they are Asian,” she said.

This is not a new problem. KOB 4 reporter Joy Wang recently shared instances of online racism directed toward her.

"I can say that it’s gone up since Coronavirus and the rhetoric, the racist rhetoric around it,” she said.

Typically, Joy is more comfortable sharing the stories of others.

However, she still felt compelled to share how the last year has impacted her.

"I’ve been so excited about the representation that I see online, on TV and in the movies. And it’s just really sad, that I feel so proud, and I don’t think I’ve ever been this proud of who I am and what I look like, I’m sorry, and for this to all be happening at the same time. But, we’re not going to be silent anymore. And we’re going to keep speaking out and we’re not going to tolerate it,” she added.

That attitude of speaking up about racial injustices is shared across the Duke City.

"And we’re going to stand strong together. We’re, I mean, we need to report it. It’s not OK just to stay silent,” Singvley said.

Officials with the city’s civil rights office said they received three complaints last year of Asian-Americans being the target of hate. Two were for vandalism.

The city if encouraging people to reach out if they need additional resources. To contact the office, click here.