ALBUQUERQUE, N.M. – Albuquerque police are investigating an overnight shooting that left one man dead and another man injured.

Police said officers responded to multiple shots fired in the area of 500 Tennessee St. NE shortly before 1 a.m. Saturday. Officers found casings on the street and numerous impact holes on the nearby apartment complex.

According to APD, police began welfare checks on the tenants and discovered one man dead inside an apartment.

Police later learned there was another man injured who had already made his way to the hospital before officers arrived. He is reportedly in stable condition.

Police have not released any additional information at this time. The investigation is ongoing. 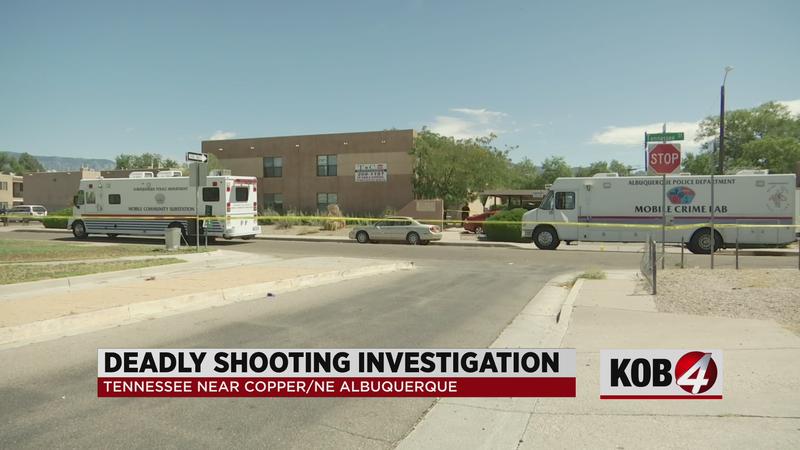