ALBUQUERQUE, N.M. – According to police, one person is in the hospital after a shooting in an Albuquerque school parking lot.

Officers on Thursday afternoon responded to a shots fired call near the Albuquerque Christ Lutheran Church and School at 7701 Candelaria Rd. N.E.

Albuquerque police Chief Harold Medina told KOB 4 that teenagers walked across the street from Sandia High School to the Lutheran school around 12:30 p.m. when students were out for lunch. He said a fight broke out between them, and then one of them grabbed a gun and started firing.

At first, police said no one was injured – that changed when a victim showed up at UNM Hospital with a gunshot wound. Police said they’re in stable condition at this time.

As for the person responsible for the shooting, Medina said they have no one in custody at this me. 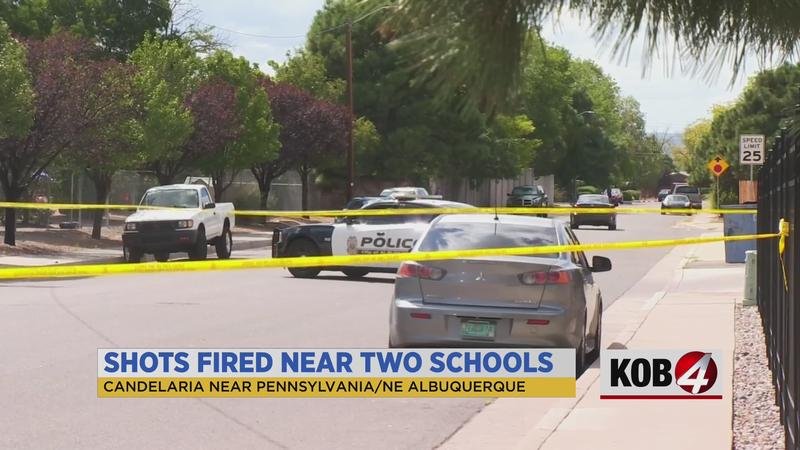 KOB 4 spoke to several students at Sandia High School who said they saw a suspicious vehicle and then heard several gunshots. The students said they took off running in all directions, then some even ran into a home in a nearby neighborhood for safety.

"I mean, immediately my heart dropped and I couldn’t breathe, like I was running and as soon as we ran into this neighborhood a nice lady invited us in," said Jaz Czurniak, a senior at Sandia High School.

The high school activated its shelter-in-place protocol until the scene was secure.