ALBUQUERQUE, N.M. — According to APD officials, their homicide unit now has 11 detectives and two sergeants. A spokesperson said they have five open spots.

That means, so far, they’ve cleared just over 36%. That’s the lowest clearance rate in a few years.

Last year, detectives were working anywhere from nine to 15 cases. But because some of those were solved, the number of "active" cases for each detective varies.

“We also understand that they go through times where they get a lot of cases that come in,” said APD Police Chief Harold Medina. “So there’s also been a time where we took all the detectives city-wide and we transferred them into homicide for a short period to help them catch up with warrants, interviews, or anything else that may be slowing down these investigations. That’s the first step that we’ve taken."

KOB 4 asked APD how those many 2021 cases would be handled this year. Officials said they will work to bring fresh sets of eyes to those cases. Medina said they are working on developing and expanding the cold case unit.

“We don’t want them to lose traction. We want someone to continue looking at them. I know the impact it has on families firsthand. Earlier this year we did the story on someone I knew growing up, 30 years later, we’re able to solve that case,” Medina said. “I know the closure that brings to families so we’re still looking to see how they are going to be handed off over and how they’re going to be handled and who, what efforts are going to be put into them. There has to be a priority system on the ones that have the most solvability factors.”

APD officials said they do have quite a few suspects in some of those 2021 cases. 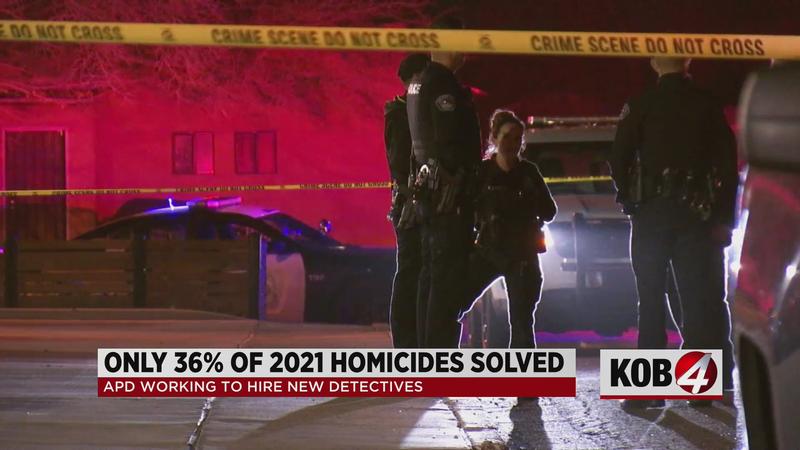