ALBUQUERQUE, N.M. — Albuquerque police have made an arrest in a woman’s murder more than 30 years ago. They now believe the suspect, Paul Apodaca, could be connected to even more unsolved cases.

He reportedly confessed to University of New Mexico police officers to a string of murders and rapes in the metro in the ’80s and ’90s.

When Apodaca was arrested for violating his parole back in July, investigators said he just kept talking.

"A couple weeks ago we were approached and [the] Violent Crimes [unit] advised me they had a suspect for a number of violent crimes and they were trying to find the cases," APD Chief Harold Medina said. "The case they had the strongest [evidence] was the first and they mentioned it was the murder of a female outside UNM in the 1980s."

That was Althea Oakeley’s case. 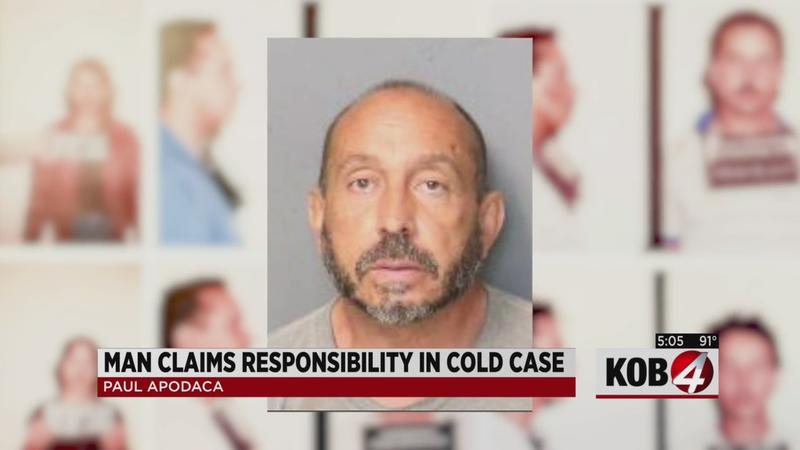 APD said Apodaca told officers he was responsible for at least three murders and multiple rapes in the metro.

At this time, Apodaca is only facing charges in Oakeley’s death because police said they have the most evidence with that case. But this is not the end.

"We anticipate more charges will come on Mr. Apodaca in the future, but we are working closely with the District Attorney’s office and they will ultimately make that decision of if and when those charges come," said APD Deputy Commander Kyle Hartsock.

Apodaca’s first detention hearing in Oakeley’s case will be Thursday – a week after what would have been her 55th birthday.

APD has reason to believe Apodaca is also conntected to the Kaitlyn Arquette cold case. She was killed just a year after Oakeley.