It centered around two hardware stores over the past few days and one of the suspects is accused of being a serial shoplifter who detectives were looking for.

APD’s Organized Crime Unit were on the lookout for five serial shoplifters at the Home Depot locations on Renaissance Blvd. in northeast Albuquerque and the other on the west side off Coors.

On Friday, Sept. 10 police arrested Michael Johnston, police said he recently shoplifted $2,500 worth of tools and air compressors – and they caught him as he pulled into the Home Depot parking lot, in the same car used in all his previous shoplifting crimes.

Rodriguez had a warrant for his arrest after violating his conditions of release in another case where he allegedly stole more than $3,000 of fiber optic cable in June and a judge released him.

“This is not about shoplifting this is not about teenage delinquencies, this is about a very profitable industry that is now funneling and fueling other criminal activity like human trafficking and gang activity,” said Hector Balderas, New Mexico Attorney General. 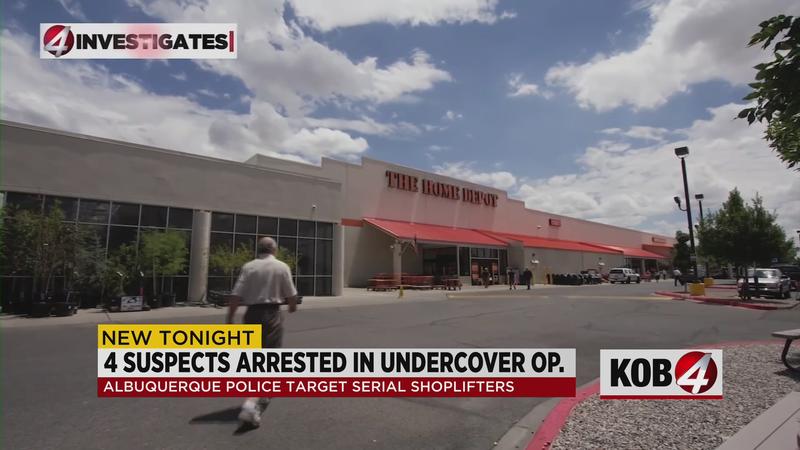