ALBUQUERQUE, N.M. – Trey Bausby is accused of stabbing a woman to death in January. A judge released him on a GPS monitor and sent him to a halfway house. However, on Tuesday, Bausby went missing – with no way to track his whereabouts.

Police said Bausby cut off his ankle monitor and failed to show up at his Albuquerque halfway house Tuesday. Chief Harold Medina said the court didn’t tell police right away.

"It was almost 24 hours later when we were notified and this is unacceptable," Medina said. "We’re talking about murder suspects. There should be immediate notification to the Albuquerque Police Department. We should be able to get detectives working on these processes immediately."

Detectives tracked Bausby down and arrested him late Thursday near Central and Tramway. He is accused of stabbing Jessica Benavidez to death in the parking lot of a Northeast Heights motel in January.

At the time, prosecutors filed a motion to keep him in jail until trial, but a judge denied it and released him to the halfway house with a GPS monitor. 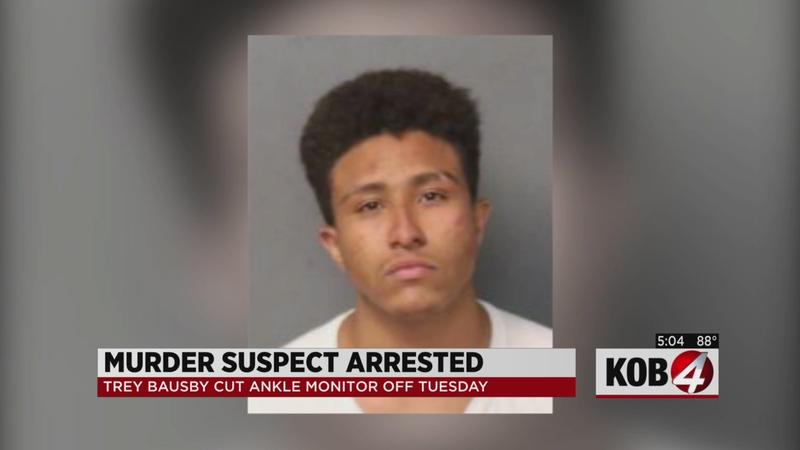 "Somebody who is suspected and is being charged with murder is a danger to the community, so I even question the fact that we’re using an ankle monitor," Medina said.

Bausby was booked into the Metropolitan Detention Center. At the moment, he is being held with no bond for violating his conditions of release.

Prosecutors have now filed a new motion – asking the judge to revoke Bausby’s conditions of release.

KOB 4 reached out to the district attorney’s office and received the following statement:

"While we are happy that this defendant is in custody, we are frustrated that our multiple attempts to keep him off of the streets before his trial were denied. We will continue to offer specific ideas on how we can improve the detention system so that dangerous offenders are shielded from the community."