ALBUQUERQUE, N.M. — The Department of Justice released its 14th monitor report of the Albuquerque Police Department this week and Chief Harold Medina is speaking out about the conclusions.

The latest report is 331 pages and says APD is not doing enough to fix the problems of unnecessary force, it’s underreporting uses of force, and supervisors are unwilling to correct these issues.

DOJ monitor James Ginger writes, “Our assessment is that APD has dealt with the low hanging fruit of the CASA and has deliberately failed to deal with the issues that are the crux of the reform process."

Ginger wrote that the jarring failures were deliberate, which Medina says couldn’t be further from the truth.

"To be honest I was very disappointed and extremely upset over the verbiage used,” Medina said. “I’m here daily, I see how hard the deputy chiefs the commanders are working."

The report criticizes APD for not adding officers to conduct use of force investigations. There is currently a backlog of 667 uninvestigated cases. At the current rate, the report says it would take nearly eight years to clear. Medina said the struggle is a staffing shortage in the middle of a crime crisis.

"We are hitting 102 homicides and I want to give the homicide team more resources and I think there has to be a balanced approach to this," Medina said. 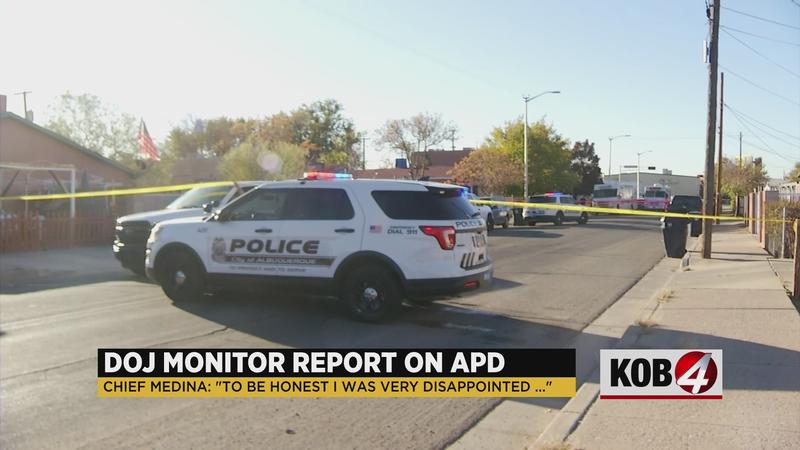 The chief also firmly disagrees with Ginger’s claim supervisors are not disciplining officers.

"I think it goes to show that there is a disconnect between what is occurring on the ground and what’s being viewed," Medina said.

However, he agrees with parts of the report and said there’s more work to do – particularly with some officers in the ranks who are not doing what is required under the consent decree.

"There may be individual officers that may be deliberately not doing something they need to do," Medina said. "The thing I take offense to is that leadership questions that this isn’t being supported by leadership."

APD has been under the DOJ consent decree since 2014. The original plan was to end this process within four years. Medina couldn’t give KOB 4 an exact estimate of how long it will last, but said it will be around for a long time.

“This isn’t a process that is over and done within five or six years,” Medina said.