One person asked what the workload is for officers.

"There is about 1,700 calls for service a day that the Albuquerque Police Department receives, and it doesn’t include BOLOs, which are basically attempts to locate or be on the lookouts for something. These are calls for service that an officer has to be dispatched in some fashion to respond to," he said.

Medina said the call volume is a reason why the department is always looking for other ways to respond. A sworn officer may not be used in some cases. 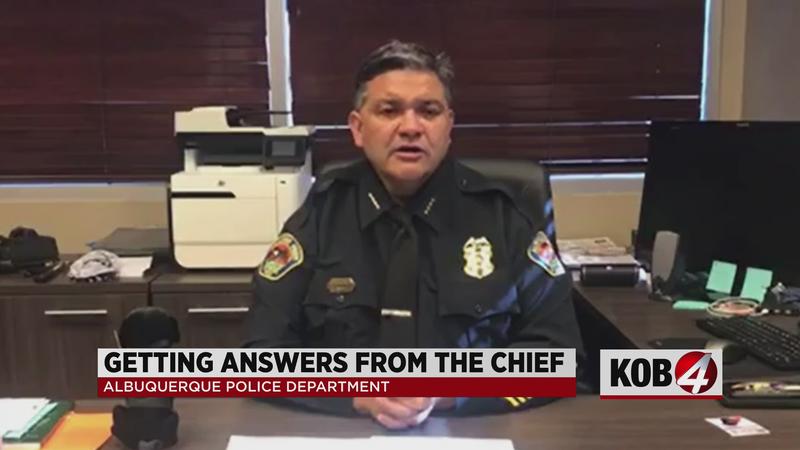 People who joined the Facebook Live also asked how they can help the department.

"Every citizen can help by, you know, the old saying ‘see something, say something,’" Medina said. "A lot of times, we have circumstances where individuals’ actions that are going to lead up or an individual going down the path where they’re going to be involved in some kind of violent altercation."

People in the community also said they noticed crime being an issue in Albuquerque, and they asked what is causing it.

"Drugs and drug transactions," Medina said. "This is a trend we’re seeing at a level we’ve never seen before. Social media, and the ability to easily deal narcotics with strangers you’ve never met and meet at locations is a huge obstacle the police department is seeing and trying to address homicides."

Medina said he is up for the challenge of helping solve Albuquerque’s crime crisis.

"I think its imperative that we work with the community to ensure that Albuquerque can become a safe place, crimewise," he said. "But also, at the same time, make sure that we create opportunities for youth, and we create a healthy environment for people to raise families. That is why I chose to take the role as chief."