APD is still trying to find the person who crashed into his family. Police responded to the crash at the intersection of Central Avenue Northwest and Tingley Drive at around 8:30 p.m. Sunday.

According to APD, the family of four was leaving the River of Lights, walking in a southbound crosswalk across Central, to get to their parking spot at Tingley Beach. As the family was crossing Central, a dark-colored off-road vehicle, traveling westbound on Central, sped through a red light at the intersection and struck two family members.

Video evidence showed, at the time of the crash, the family had the right-of-way. The pedestrian crossing signal was illuminated. The video also showed the driver of the vehicle continued traveling westbound on Central after the crash occurred.

The family’s 7-year-old child, Pronoy, and his father were hit. Pronoy was pronounced dead at the scene, while his father was taken to UNMH and is in stable condition.

The vehicle and the driver have not been located at this time.

APD released pictures of the off-terrain vehicle early Monday morning and is seeking the public’s help to find it.

If you have any information regarding this crash, call 242-COPS.

Every year the city develops a traffic plan for the River of Lights. This year, it was deemed not necessary to have additional security outside of the park.

A larger security presence was at the crosswalk Monday night at Central and Tingley.

Two security staff members were making sure both drivers and families walking are staying safe. 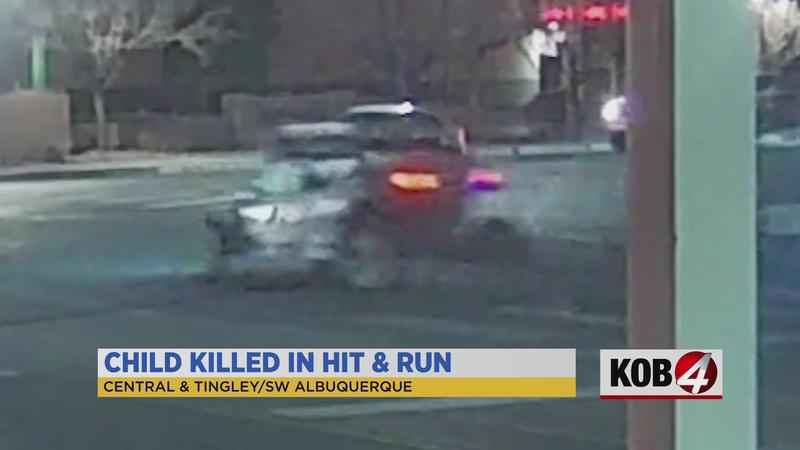