The game was halted during the second quarter, according to Sandia head football coach Chad Adcox.

“I’m more disheartened than anything. I’m quite upset that we are living in a society where this is even an issue," Adcox said. "Something as simple as high school football can’t even be played without a threat of gun violence.”

Multiple APD officers blocked the entrance to make sure everyone was leaving. Police later said the stadium was deemed safe and the evacuation was a precautionary measure.

The game will resume Saturday at 11 a.m. No fans or media will be allowed to attend. 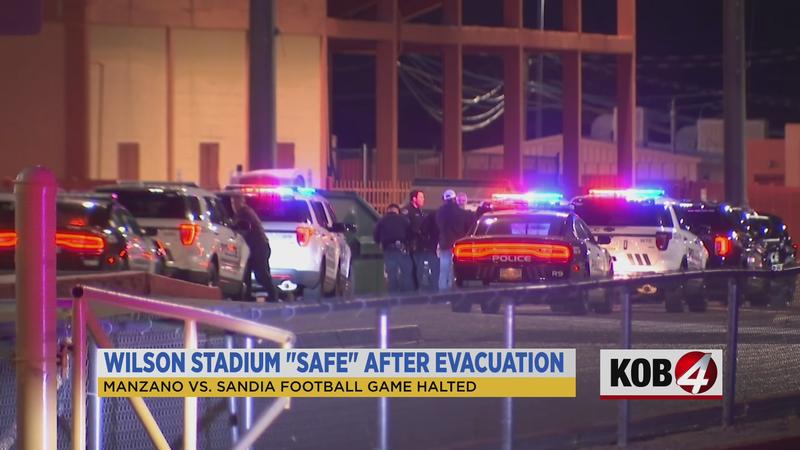