Officers responded around 7 a.m. and found the crash occurred in the area of Louisiana Boulevard and Indian School Northeast.

The motorcyclist was found unresponsive and was pronounced dead upon fire rescue crews’ arrival.

The driver and passenger of the SUV were uninjured. 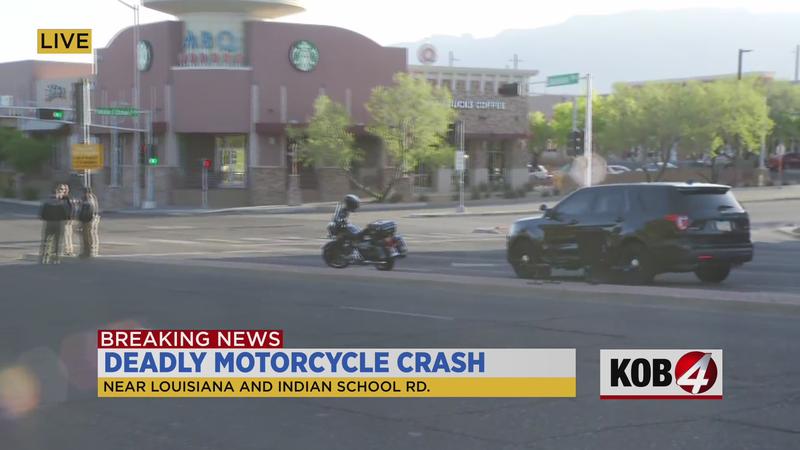 Officers found the motorcycle had the right-of-way – and the SUV driver’s inattention and improper look-out appear to be the cause of the crash. Neither speed nor drugs and alcohol was a contributing factor in the crash.

The investigation is still active and ongoing. The case is set to be forwarded to the District Attorney’s Office to review for prosecution.

Several roads, including southbound Louisiana, were blocked off. Indian School between America’s Parkway and Louisiana was closed.