ALBUQUERQUE, N.M. – Newly released video from the Albuquerque Police Department shows what happened during an officer-involved shooting on the night of April 17 this year.

According to APD, a 51-year-old woman called for help after she got into a verbal argument with her boyfriend Juan Cordova. Cordova was reportedly pointing a gun at himself.

When officers arrived, APD said Cordova was standing in his driveway with a gun. Officers said they made attempts to contact Cordova by cell phone.

Home surveillance footage shows Cordova standing behind a truck in his driveway. According to APD, Cordova fired shots before shifting his position. An APD officer said he fired a single shot from across the street when he saw Cordova pointing his gun at officers. 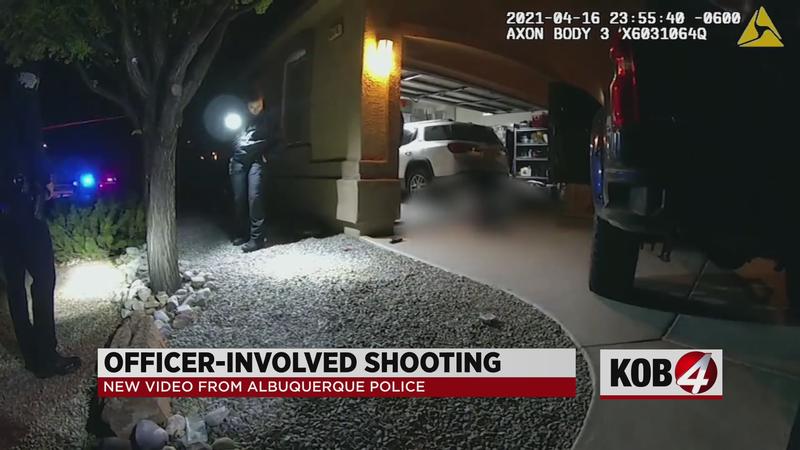 Cordova was hit in the chest and was pronounced dead at the scene.

The officer that pulled the trigger has been with the department since 2015. This is his fourth officer-involved shooting.

Police Chief Harold Medina said they’re always worried when an officer is involved in a shooting.

"That’s always concerning for a number of reasons. Number one, the optics to the public. Number two, the wellbeing of the officers is always a concern when somebody is involved in this many situations, we’re concerned how’s that affecting them personally," he said.

The officer was placed on standard administrative leave, but has since returned to work.

APD said they used standard de-escalation tactics at the scene.

This is an ongoing investigation.