Police say Quinones used Snapchat to set up a drug deal with Montoya.

According to court documents, he also tried robbing Montoya and ended up shooting her in the head before pushing her body out of the car and running it over.

Quinones made his first appearance in court Tuesday afternoon, but his case was transferred to District Court, where a judge will decide if he should remain behind bars pending trial. 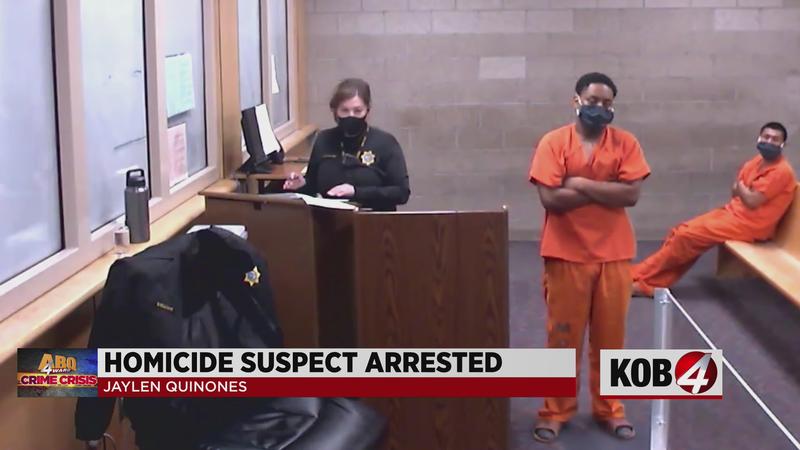 Montoya is one of 40 people killed in Albuquerque in 2021.

Police Chief Harold Medina said a lot of the cases are the result of the pandemic and drugs.

"Social media-related narcotics cases along with hotels, motels– those are the two biggest issues we’ve seen," Medina said. "And it’s carried through ’til now. And we’re still seeing that is occurring with a lot of the homicides in the city.”

APD has made 10 arrests in the 40 homicides.

Two of the arrests were made this week.

"There’s sometimes this misconception that officers aren’t able to do their job, but they are," Medina said. "They are doing their job every day. These arrests are the result of hard work and strong investigations. We’re trying to give them better tools.”

APD has increased the number of officers in its Homicide Unit to 16.

They plan on targeting more drug deals that are taking place on social media.

"Since late last year, we knew we wanted to strengthen our ability to investigate social media and gaining information through social media, so we worked on that and it’s an area we want to continue working on," Medina said.