Albuquerque Police confirmed Elijah Vallejos was shot and killed near the intersection.

Several neighbors standing near the scene said they called 911 but some were on hold for minutes – including KOB 4 reporter Giuli Frendak who came upon the scene with photographer Dennis Quintana while driving back to the station.

Officers responded to the reports shortly after 7 p.m., where they found Vallejos. Neighbors said he was still alert when paramedics took him, but he later died at the hospital.

Police don’t have any suspects yet and are working on interviewing potential witnesses. 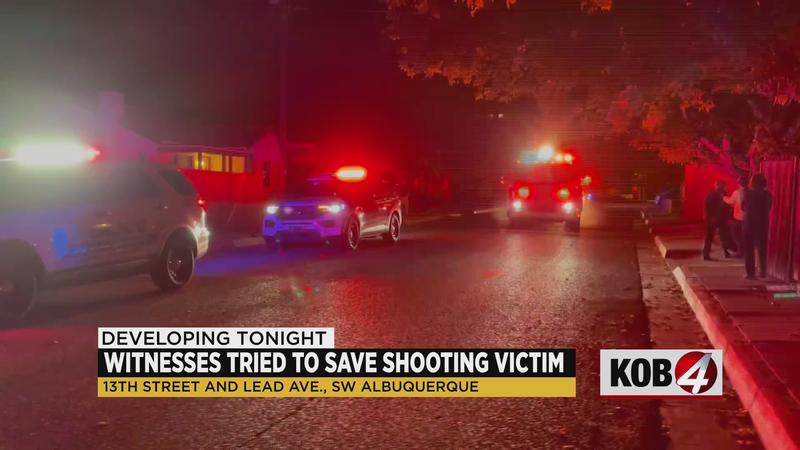