ALBUQUERQUE, N.M. — Albuquerque police have released the identity of the victim who was shot and killed Monday by a man who shot three people in the same Foothills neighborhood where he lived.

31-year-old Alicia Hall was fatally shot while driving her vehicle along Montgomery, just east of Tramway.

Police said the suspected shooter has been identified as 52-year-old John Dawson Hunter. He is accused of shooting Hall and two others – an adult male and a teenage female. Those victims suffered non-life-threatening injuries.

“Investigators have reason to believe Hunter was suffering some sort of mental crisis when he started shooting randomly at people in the area of his home,” said Gilbert Gallegos, a spokesman for APD.

Detectives also said that three APD officers suffered minor injuries during the shootout that killed Hunter. It appears the officers’ injuries may have resulted from gunshots that struck a cinderblock wall that broke up and sent debris in their direction. It is not clear who fired the shots that struck the wall. 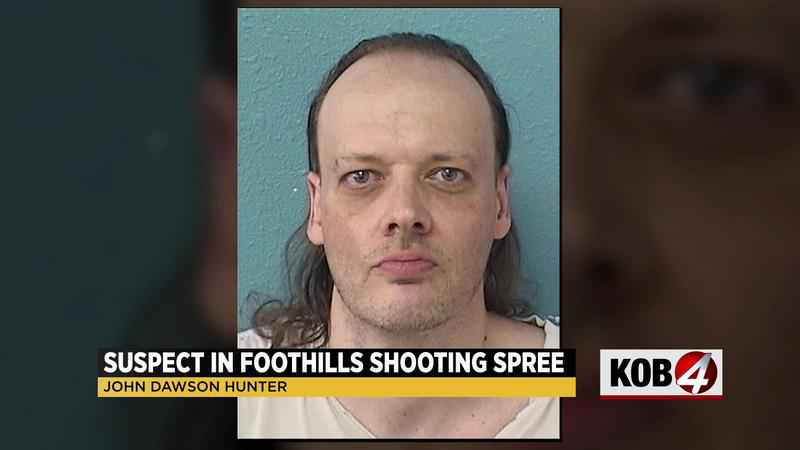 Detectives with the Multi-Agency Task Force are still investigating to determine the sequence of events. Police said two handguns were found at the scene where Hunter was shot.

One of the victims shot Monday spoke with KOB 4. He said he was just driving home from the grocery store when shots rang out. His car door, the roof and both backseat windows were shot out. Thankfully, he was able to walk away with minor injuries – bullet fragments to his face and arm.

A woman, who did not want to be identified, told KOB 4 that everything seemed to unfold in front of her house. She heard a handful of gunshots before officers arrived.

“I was calling 911, unfortunately, there must be a problem in this city, because I could not get through,” she said. “They put me on hold.”