A neighborhood near Wyoming and Central woke up to sirens and crime scene tape. Some neighbors said the gun violence in the area rarely stops.

“We see them drug dealing right on our property, or every night it depends on the time of night and what’s going on but yes it’s an every night thing."

"It’s hard for us to come out because we don’t know if we’re gonna be the victim of a drive by because of stupidity and the drugs. I’m frustrated, everybody’s frustrated, and nobody’s doing nothing."

He woke up to an investigation steps from his door. APD said the ShotSpotter system, that detects gun shots, picked up several activations near Dallas and Copper around 4:30 a.m.

They found a car that looked like it crashed into someone’s yard. The person inside had at least one gun shot wound, and died on the scene.

Leaders spoke earlier this week about the ongoing crime crisis, mentioning the possibility of hitting this milestone.

"Hitting 100 is a grim reminder of the violence that’s occurring in the city. I don’t think, without a doubt, anybody ever thought we’d be at this,” said APD Chief Harold Medina.

Medina said the city won’t get anywhere without the community working together.

"Culturally, we need to change as a community, and you know the amount of individuals carrying firearms, it needs to become something that’s completely frowned upon."

"The ultimate solution to the gun violence problem and the homicide problem is to get much more focused on the groups,” said Torrez. “The gangs that are operating in this community that are engaged in drug trafficking, they have rivalries with one another, they have access to weapons."

He said he also believes breaking down barriers between jurisdictions is necessary. Torrez said the county needs an approach for real-time information sharing between agencies.

"It seems to me we need to be more proactive rather than reactive both from the enforcement side and then from the prosecution side because a lot of times we have individuals that come into the system that will be referred to us on one case, without any understanding, deeper understanding, of the role that individual plays in a larger group."

Changes that New Mexicans want to see sooner than later.

Homicides are not the only thing New Mexico is unfortunately seeing more of. Albuquerque police revealed there’s been a roughly 16% spike in shootings with injuries this year.

Medina said there are talks of bringing back the party patrol after several house parties erupted in gunfire. 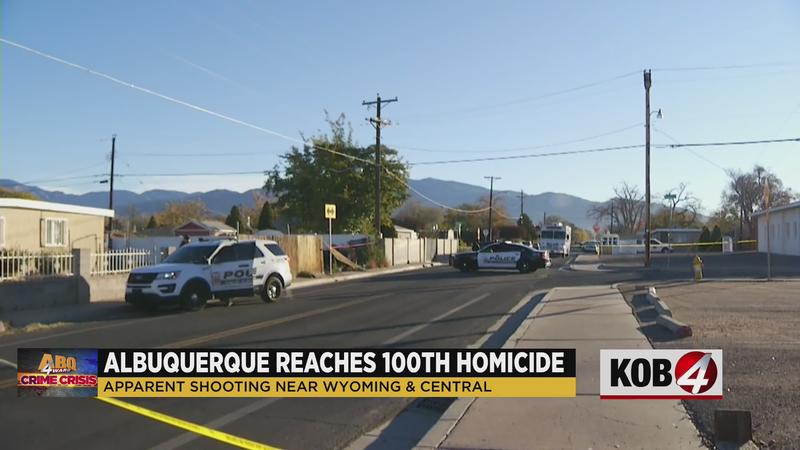