ALBUQUERQUE, N.M. — Albuquerque police are investigating a homicide near 94th and Tower.

Police said a woman called 911 saying a man who she had a restraining order against was at her home. When officers arrived, they found a man dead.

Police also said a 15-year-old was hospitalized with a hand injury. The teen is expected to be OK. 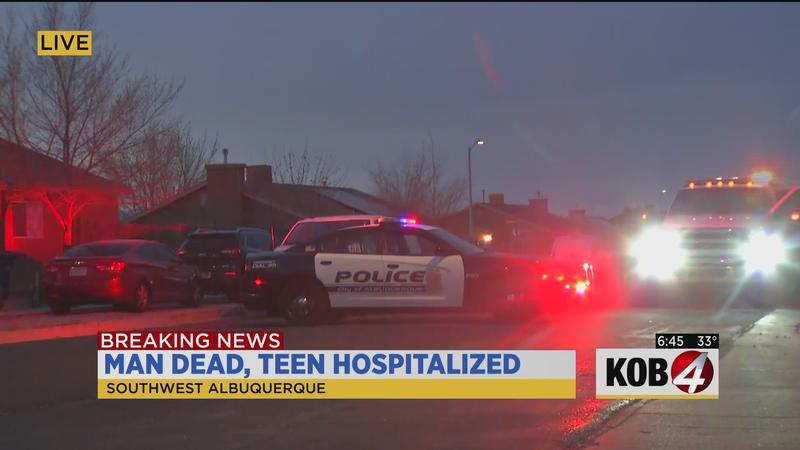