ALBUQUERQUE, N.M. – The Albuquerque Police Department is investigating what appears to be a fatal road rage shooting near Old Town.

According to APD, one driver confronted another in front of the Central Grill at Central Avenue and Rio Grande Boulevard NW around 8:40 a.m. Wednesday morning.

"One individual shot at the other individual," APS spokesman Gilbert Gallegos said. "Others, who were witnesses nearby, rushed to the scene, attempted life-saving measures for the injured individual. Unfortunately, he succumbed to his wounds and died at the scene."

The Old Town area is a big tourist attraction, especially during the Balloon Fiesta. Police said the victim lived in Albuquerque.

"I do want to emphasize that the deceased – although we have a tentative ID – appears to be someone from Albuquerque and not a tourist in the area, so there’s nothing related to the Old Town area and tourism in particular," Gallegos said. 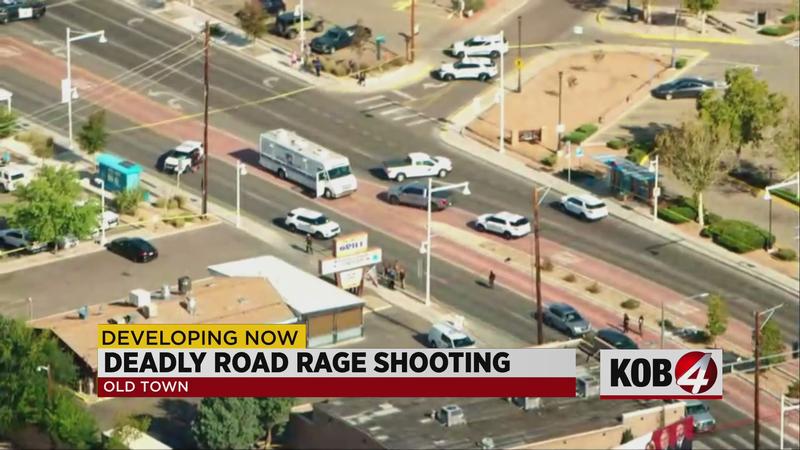 People who live and work in the area were shocked by the shooting.

"This is not the sort of thing we expect," said Steve Stein, who lives in the area. "At least in our neighborhood, right across the street, has a relatively low crime rate so we’re not expecting this level of violence."

This is the second deadly shooting in front of Central Grill in recent years. In 2019, Elijah Amos allegedly shot and killed Isaac Candelaria after trying to steal his bike at a bus stop.

"We continue to see gun violence, road rage is kind of the epitome of that, where you have confrontations on the road and it turns – you never know when somebody’s going to have a gun and what might happen," Gallegos said.

As for Wednesday’s shooting, police are looking at surveillance video and interviewing witnesses. Police have not yet released any information about the suspect or the vehicle they took off in.