The crash occurred at Lomas Boulevard and Louisiana Blvd. N.E. when, according to investigators, a motorcycle T-boned a four-door sedan at the intersection.

The sedan was traveling eastbound on Lomas and made a left turn to travel northbound on Louisiana. The car, however, turned in front of a motorcycle which lead to the motorcycle hitting the car.

The motorcyclist was wearing a helmet but was ejected from the motorcycle. He received significant injuries that he succumbed to at UNM Hospital.

The driver of the sedan remained at the scene and cooperated with the investigation that is still ongoing. Speed from the motorcycle and improper driving – but not alcohol – appears to be a factor in the crash. 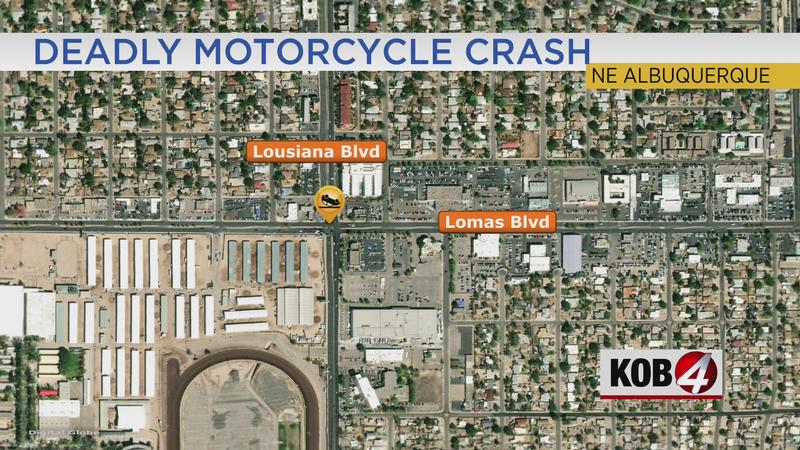