APD launches operation to crack down on dangerous drivers

ALBUQUERQUE, N.M. – The Albuquerque Police Department says they are cracking down on bad drivers with a new traffic division pilot program.

“A traffic ticket does change a driver’s behavior and I’m sure we can all remember a time when we got a traffic ticket and it changed how we behaved and how we drove,” said APD Chief Harold Medina.

On Wednesday morning, officers gave out 134 citations between 8 a.m. and 11 a.m. Previously, traffic officers were called to every single crash throughout the day, not giving them time to run radar on the roads.

“What we are going to do now is let field officers and public service aids handle the traffic accidents during these peak times, and we are going to have our traffic section really focus and increasing traffic citations during this time, so there is more visibility to the community and we get that deterrence that people are seeing more officers out there,” said Medina.

And they have already increased citations from last year. At this time in 2021, APD wrote nearly 4,000 traffic citations. So far this year, they have written more than 7,000.

“Our Sunday night operations on Central have been very successful and we have issued a lot of tickets and a lot of good positive feedback,” Medina said.

In January, APD patrolling central on Sunday nights resulted in more than 1,500 tickets and made nearly 30 arrests. This month, there have been 1,100 citations and 11 arrests so far.

“Our message is simple we need you to obey the rules of the road and the speed limit if you don’t, our expectation for these men behind me is they are going to issue you a traffic ticket to change that behavior. That is what we are going to do,” said APD Deputy Chief Michael Smathers.

Medina said they are increasing patrols on all major roadways from Unser and Coors to Montgomery and Paseo and even out to Eubank and Tramway. 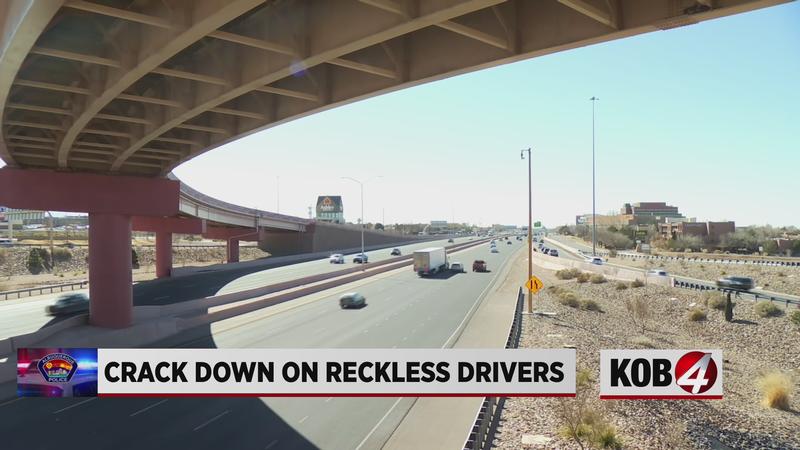