ALBUQUERQUE, N.M. – A dispute on a Greyhound bus reportedly led to a crash at an I-40 off-ramp Sunday evening.

According to APD, Leroy and his brother were traveling on the Greyhound bus from Washington to Oklahoma. Police said, at some point, the brothers got into an argument with one another and then Leroy jumped over the plexiglass barrier where the bus driver was sitting and grabbed the steering wheel of the bus.

The bus was reportedly traveling at about 60 mph eastbound on I-40 near the 12th Street exit. Police said the bus then slammed into a cement barrier on the roadway at least twice before it swerved off the highway, through a chain link fence, and into an open field.

AFR crews extricated the driver, who was taken to UNM Hospital in critical condition. The passenger who grabbed the wheel was also transported to UNMH. 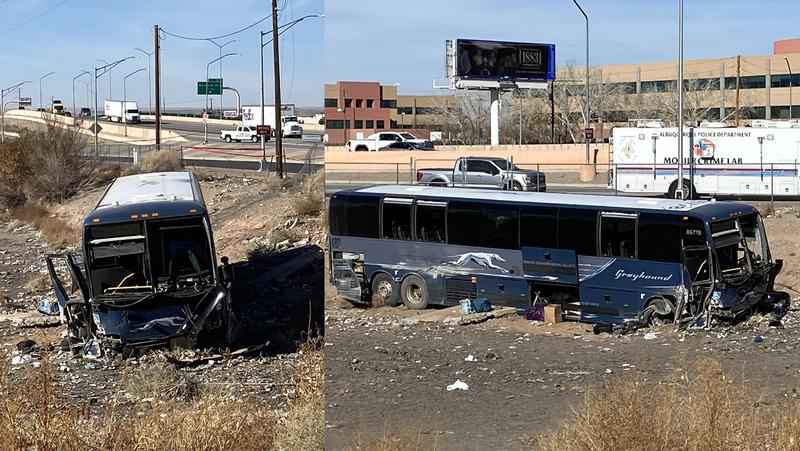 Five other passengers were taken to Presbyterian and Lovelace hospitals in stable condition.

There were a total of 25 people on the bus, according to AFR. No other vehicles were involved.