ALBUQUERQUE, N.M. — Albuquerque police are investigating a fatal shooting near Central and Eubank.

Around 10 p.m. Thursday, police received reports of a shots fired at Garcia Street and Buena Ventura Road from their gunshot detection system and concerned citizens in the area. According to witnesses, a man was lying in the middle of the road and a red sedan reportedly fled north of the scene on Garcia.

Officers arrived and found the man, who was pronounced dead at the scene after rescue efforts were unsuccessful.

If you have any information, contact APD at 242-COPS. 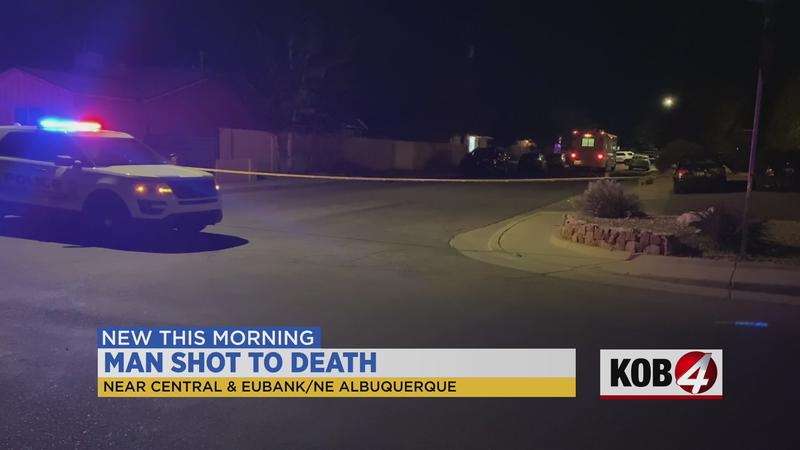