ALBUQUERQUE, N.M. – A spokesperson with the Albuquerque Police Department says a man was shot and killed during a police pursuit near 9100 Menaul Blvd NE Sunday evening.

Officers said they were investigating a stolen vehicle in the southeast area of command of the city around 4 p.m. The vehicle then drove to Wal-Mart on Wyoming in northeast Albuquerque where a man and woman exited the vehicle on foot.

Police said officers attempted to contact the suspects on Menaul and Northeastern, but the man fled northbound on Menual where he turned and pointed a gun at officers.

Two officers fired their weapons at the man. He died at the scene.

Police have not provided any additional information at this time. 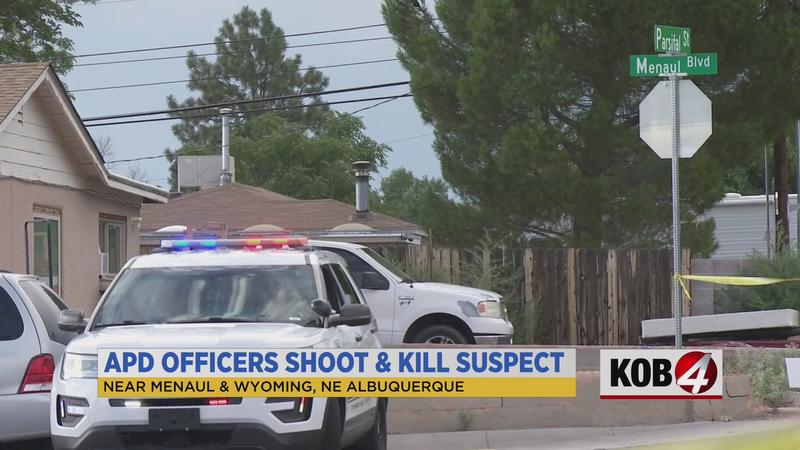