ALBUQUERQUE, N.M. – The Albuquerque Police Department is investigating a homicide near Fifth and Bellrose Ave. after receiving multiple calls about a man laying on the sidewalk around 5:45 p.m.

Officers said that when they arrived, they discovered an individual who appeared to have been shot and succumbed to his injuries.

At the same time, police said they received a call from a Tobacco Town employee who said a male subject entered the store and tried to rob him. They said the employee shot the subject as he ran out of the store.

This is an ongoing investigation, stay with KOB 4 an KOB.com for updates. 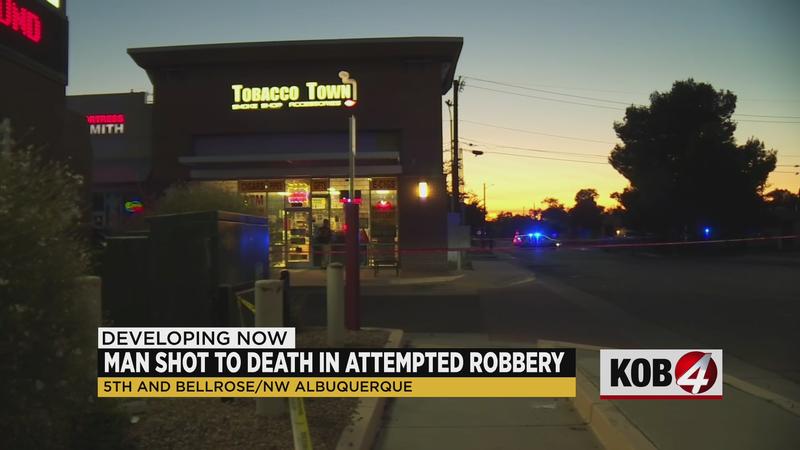