The school was evacuated classroom by classroom while police canvassed the campus. APD said no weapon was found and determined that a gun was not brought to school.

Police said that three students were speaking in a courtyard when one student pointed a cell phone at the others as though he was holding a gun. A teacher reportedly saw the encounter and believed she saw the student holding a gun.

Volcano Vista High School and Tierra Antigua Elementary School were ordered to shelter in place as police searched the area. The shelter in place protocols were lifted just after 11 a.m. Thursday.

Tony Hillerman students were taken across the street to Volcano Vista, where parents were asked to pick them up. 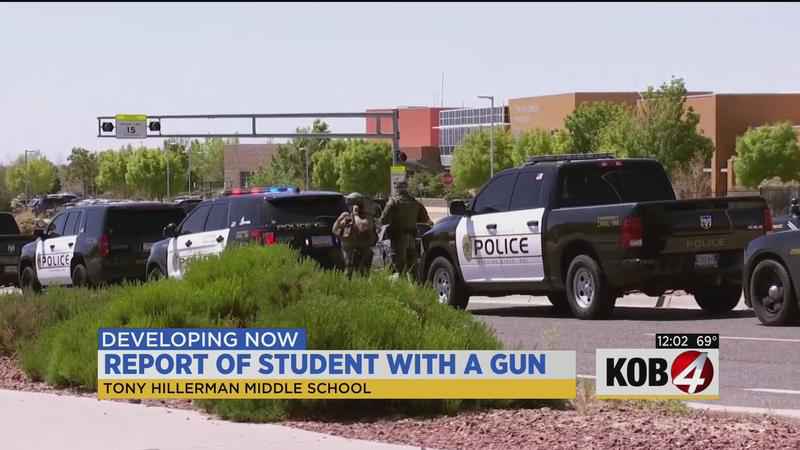 According to Albuquerque Public Schools, all Tony Hillerman students have gone home. The middle school actually had an active shooter drill scheduled for Thursday.

Police also said there was a separate, unrelated incident on Wednesday that involved a student making threats on social media. Police said the teens involved in that incident do not attend Tony Hillerman.

APD officers are at Tony Hillerman Middle School, responding to a report of a student with a gun on campus. The school is on lockdown and the scene is active while officers search the campus for the student. There are no reports of shots fired at this point. pic.twitter.com/mjdDra1ZoR