He was recovering after getting shot in the base of the neck, above his bulletproof vest, during a shootout with a robbery suspect on Aug. 19.

A large procession of APD vehicles escorted him after he was released.

Large procession of #APD vehicles outside UNM Hospital as we know Officer Verbeck, who was shot in the neck on the job 2 weeks ago, was slated to be discharged today. @KOB4 pic.twitter.com/4imCYinFnN 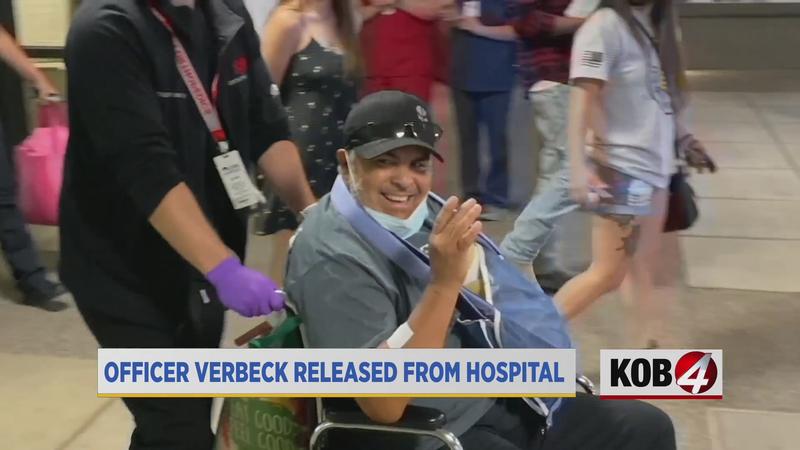