State police said they responded to a home in an east Moriarty neighborhood just before 10 p.m. Monday night.

Officers said 46-year-old Cimmeron Christy fired multiple shots at police from inside his house, so they called for back-up and tried crisis negotiations, but they said Christy continued shooting.

After nearly three hours of back and forth, an officer from the Albuquerque Police Department SWAT team fired back, killing Christy. He was pronounced dead at the scene.

KOB 4 spoke to a woman who lives close to where the shooting happened. 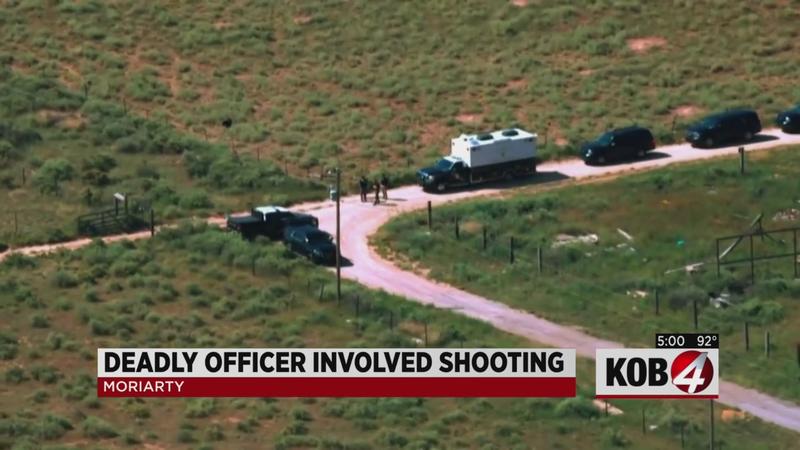 "I’d say up until about 1 o’clock I kept hearing shots sporadically, sometimes three, four, up to six or seven shots," said the neighbor. "They were all like a little pop, pop, pop. Then I got a phone call from state police telling me to seek refuge in my house."

Police said no officers were injured. The investigation is still ongoing.